The 27-year-old swimmer, who won one silver and three gold medals at the Rio Olympics this past summer, was chosen as FINA’s best female swimmer of 2016 the day before the Championships began in Windsor, Canada.

And without a doubt, her performance in the World Cup, which ran from December 6th to the 11th, only reinforced her claim to that title. With a total of 7 gold medals and 2 silver medals, the self-styled ‘Iron-Lady’ has set a new record at the World Swimming Championships. And these 9 medals bring Katinka even closer to breaking the record of Hungarian swimmer Laszló Cseh, who with 70 medals earned in world championships, European championships, and the Olympics holds the record for most medals by a Hungarian; Hosszu now has 69. 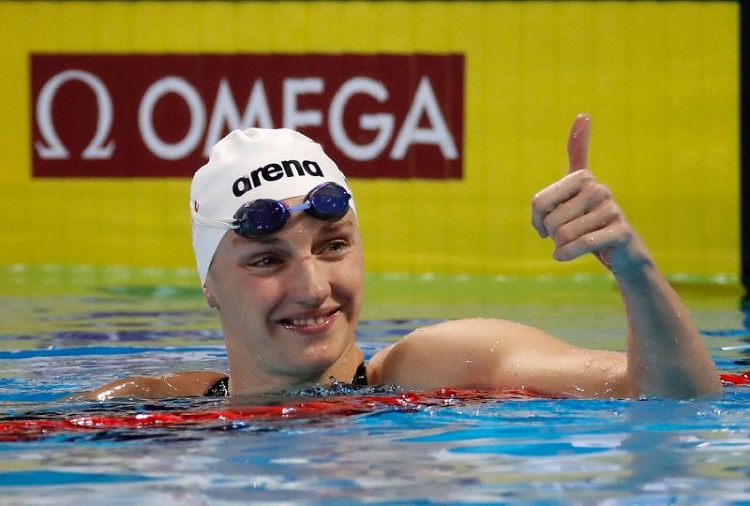 While there were 1,000 swimmers from over 170 countries competing in Windsor last week, Katinka Hosszu outshined them all. She personally won 9 of the 46 medals awarded in the entire championship.

In fact, Katinka’s stellar performance catapulted Hungary to second-place overall in the Windsor competition. With its total of 11 medals (9 of which were won by Hosszu), the Hungarian team finished second in overall medal count at this year’s world cup, behind the United States, and ahead of Russia. By way of context, Katinka’s individual medal count was also enough to place her among the top countries of the championships. Hungary’s two bronze medals were won by Dávid Verrasztó and Péter Bernek.

Discussing her incredible, record-breaking performance in an interview with Hungarian news site origo.hu, the ‘Iron Lady’ described her Sunday 100m butterfly, in which she won her 7th gold medal, as her best race. Discussing her awesome performance at the Olympics, Katinka said “Rio was an incredible success, but afterwards it was suddenly difficult to find new goals.” After a short time, however, she overcame this feeling, and, in her own words, “realized that I am still very hungry for success.” She certainly found it last week.

Images via the Associated Foreign Press (AFP) and Deepbluemedia