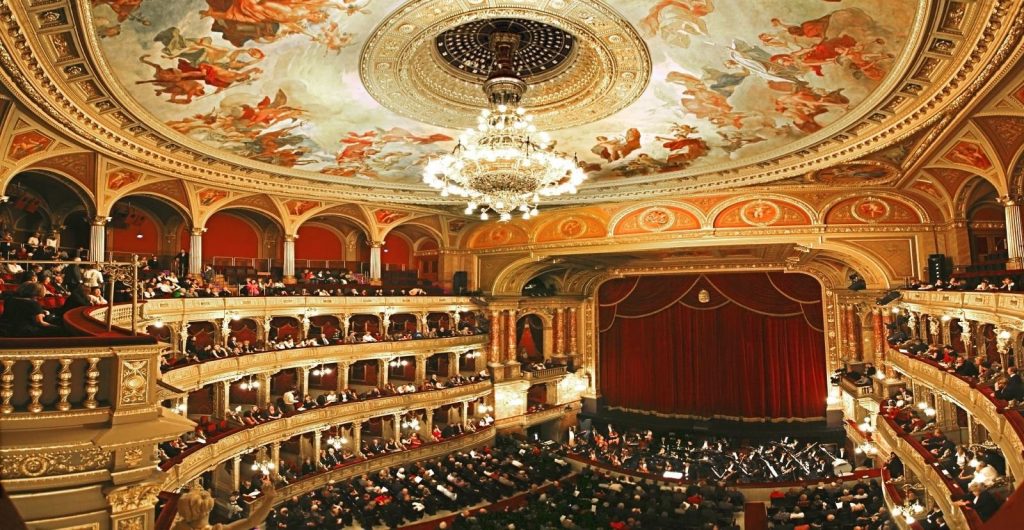 At the weekend of 24 & 25 October 2015, the Hungarian State Opera presents two new productions at the Opera House and the Erkel Theatre.

On 24 October, Karl Goldmark’s Die Königin von Saba (The Queen of Sheba) is presented in a large-scale production by Csaba Káel at the Erkel Theatre.

According to the ancient scriptures, the Queen of Sheba was obsessed with finding Wisdom, and so she journeyed to meet Solomon, who was known to be the wisest of all the rulers of the time, in order to put his knowledge to the test. Goldmark, who was born in Hungary to a religious Jewish family and forever remained true to his native country’s culture even after moving to Vienna, was inspired by the beauty of one of his students to write this feverish and biblically-themed tale of a love triangle between the temperamental queen, a young Jerusalem diplomat and the daughter of the high priest.

Having been pre-premiered on Margaret Island in July, Csaba Káel’s grand and spectacular production moves to the Erkel Theatre on the 100th anniversary of the composer’s death.

The day of the premiere is dedicated to the composer, who passed away 100 years ago. The programme entitled Goldmark Marathon presents chamber pieces before and after the opera as well as in the interval.

On 25 October, an opera that has previously been staged only once at the Hungarian State Opera,Massenet’s masterpiece, Werther is staged again 30 years later in a new production by János Szikora, under the baton of Michel Plasson.

Goethe dashed out The Sorrows of Young Werther in all of six weeks. The novel, which relates, through a series of letters, the hopeless love of a young poet who chooses death to escape his torments, became an immediate best seller, at a stroke both catapulting its author to fame and launching the Werther cult: women perfumed themselves with Eau de Werther, Werther attire was hawked to men, while a noticeable spike in suicides ensued across Germany. With exquisite sensitivity, Jules Massenet found the musical and dramatic language to transform the German epistolary novel into one of the most heart-wrenching love stories in the operatic literature.