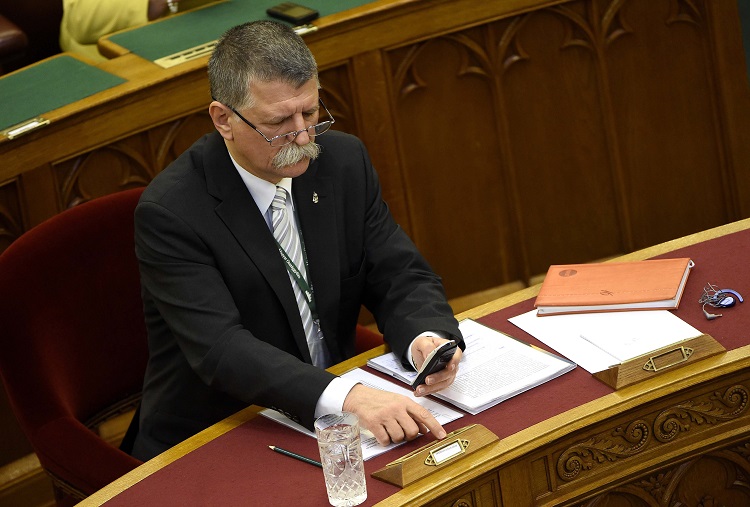 In a discussion with Hungarian newspaper Magyar Idők, Speaker of the House László Kövér said that the period from 2010 to 2014 has been the most successful one since the end of Communism in Hungary over a quarter century ago.

According to Mr. Kövér, these four years were the best “based on the prosperity of the country, the families, and the people.” 2010 to 2014 was also a period when the Fidesz-KDNP ruling coalition, of which Speaker Kövér is a member, held a two-thirds majority in the Hungarian National Assembly, and as such were generally able to pass laws and constitutional amendments without much opposition.

Discussing the work of the parliament, Speaker Kövér argued that the legislature’s task in the coming year would be to protect “achievements” of the past year, as well as to “protect Hungary’s sovereignty, rights, and opportunities against both Brussels and irresponsibility on the part of opposition parties.”

Mr. Kövér said that election and referendum results in the UK, Italy and Austria last year have shown the “anti-globalist reservations” of many Europeans, and added that the message of these election results must be held onto by Hungarians who “do not want to eat this muck that Brussels has cooked” (This past year, Great Britain voted to leave the EU, in a referendum known as ‘Brexit’; Italy’s liberal PM Matteo Renzi resigned followed the defeat of a constitutional reform referendum earlier this month; while in Austria, a liberal candidate narrowly defeated a far-right, populist politician whose party has been accused of anti-Semitism in the past).

At the same time, however, Speaker Kövér warned against any efforts to attempt to dismantle the European Union. Rather, he argued, efforts for greater “national self-determination” should push for “a chance to weigh the interests of national communities against each other in honest and reasonable debates, with the aim of finding optimum compromises.”

Mr. Kövér also praised the success of ethnic Hungarian parties in the recent Romanian parliamentary elections. He emphasized the importance of building economic ties with Hungarian businesses located outside of Hungary; he added that such an effort seems to be working in Ukraine and Serbia. Finally, Mr. Kövér pointed out that thriving Hungarian businesses in those two countries benefit not only local Hungarian communities, but the entire countries as well.