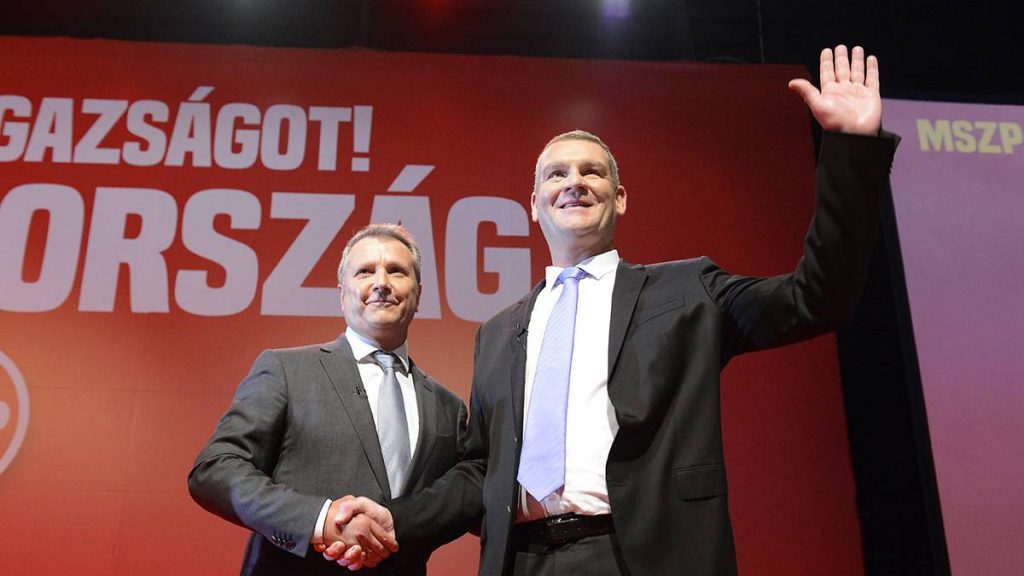 According to wire service MTI, the Hungarian Socialist Party’s (MSZP) press chief told a Tuesday press conference that the party is going to “steer clear of any cooperation” with the ruling Fidesz-KDNP coalition, including on this Friday’s special parliamentary session to try to pass a controversial law aimed at restricting political advertisements outside of campaign seasons.

As we reported, last week this bill was sent back to Parliament for reconsideration by President of the Republic János Áder, who expressed his view that the proposed legislation failed to “establish a legal norm”; in addition, he expressed his view that the law, as he received it, contains passages which are either controversial, or unimplementable.

According to the Socialist party’s spokesman István Nyakó, the reason that the party won’t cooperate with Fidesz is because it main aim is to defeat Fidesz in the 2018 general election.

The socialists will therefore refrain from submitting a proposal on Friday’s session, dedicated to the ‘billboard law’.  A Socialist proposal “might have benefited Fidesz” and the Socialists want to avoid all forms of cooperation, even that of Fidesz supporting one of the Socialists’ proposals, Nyakó said.

Tuesday’s statement represents a major shift from the party’s standpoint on Monday, when five parliamentary parties held talks on the Socialists’ proposal on the bill.

Nyakó said that this change in approach was due to Socialist Prime Minister candidate Laszlo Botka, who is “introducing a new political era in the party”. According to the party press chief,

No cooperation with Fidesz is accepted and anyone who goes against this would be excluded from the Socialist Party.

According to Kósa, green opposition party LMP’s billboard costs were higher than the far-right Jobbik’s. In the group leader’s view, this shows that the the current legislation is inadequate.

In particular, he described MSZP’s proposal as “restricting the freedom of opinion” in suggesting that campaign players should register and that government or foreign-funded organizations should be banned from contributing to the campaign. Gulyas claimed that Botka was blocking the proposal because “he eyes black money to finance the Socialist campaign or he is also on Simicska’s payroll”.

Jobbik group leader János Volner claimed that the Socialists were merely posturing, telling a press conference that Fidesz and MSZP “have already agreed” on voting the billboard bill into law.

According to Volner, secret “backchannel agreements” are already in place, with Fidesz “holding the Socialists in check” with economic pressure and criminal proceedings.