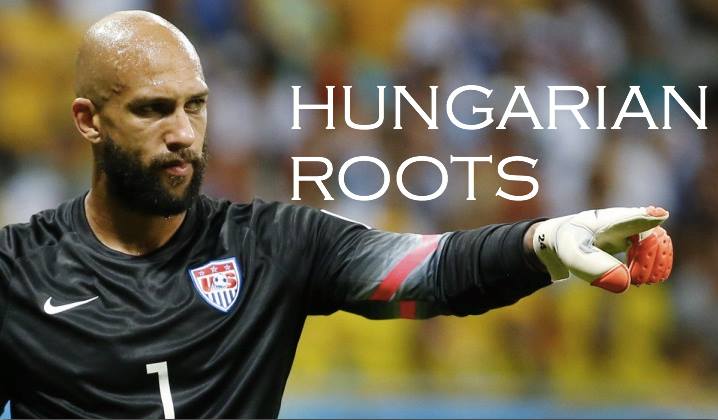 In our new weekly series we write about celebrities – artists, actors, musicians, sport stars and scientists – who have some Hungarian origin, yet only few would consider them as “par excellence Hungarians”. In many cases even the person concerned knows only very little about his or her Hungarian roots, while others are proud of their “magyar” background despite lacking the ability to say a word or two in the language of their parents or grandparents. Our first target is: 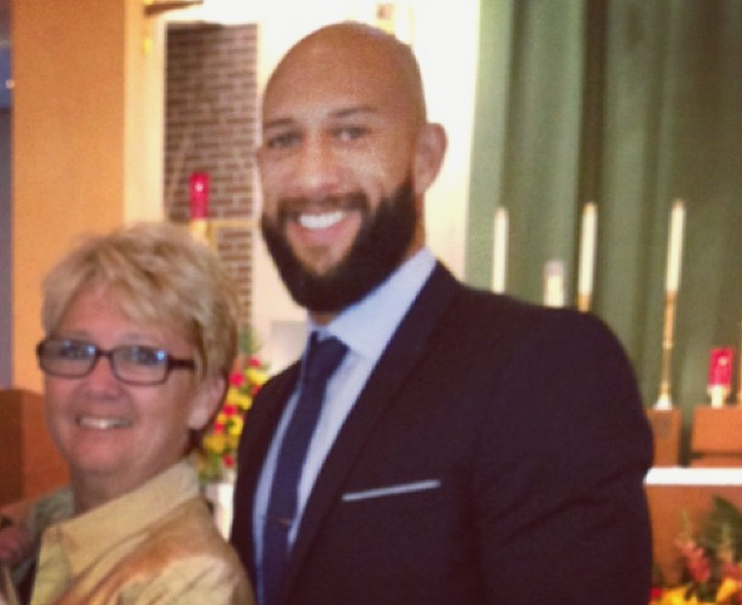 Timothy Matthew Howard was born on 6th of March 1979 in North Brunswick, New Jersey, USA as the second son of an American father and Hungarian mother, Eszter Fekete. Eszter was a child when her family was forced to leave her home country for America. Her father Pál Fekete actively participated in Hungary’s 1956 uprising against the Soviet Union, therefore they had no choice but to leave Budapest with his wife, Éva and their six-year old daughter, Eszter.

Tim Howard has always had a close relationship with his Hungarian grandparents. When Tim was a kid, Pál often spoke to him about his personal stories about the revolution in Budapest and the world war during he served as a soldier of the Hungarian royal army. In 2014, Eszter finally had the opportunity to return to Budapest for a few days: among others she visited the brand-new football stadium of Budapest-based club Ferencváros, Pál’s favourite Hungarian football team.

Tim Howard started his football career in North Jersey Imperials, where played his first professional game before graduating. In 1997 he left Imperials for MLS side MetroStars to become a nationally recognized goalkeeper. In 2001, he even won the MLS Goalkeeper of the Year award. After 88 appearance for the club known today as New York Red Bulls, Howard stepped up to the international level.

In 2003 English giants Manchester United paid $4 million to sign the talented goalkeeper. During his time in Manchester, Howard won the FA Cup, the League Cup and the FA Community Shield as well. In 2006 he signed for Premier League side Everton to became the club’s first-choice goalkeeper. Since Howard has made more than 300 appearance for the Liverpool-based club. Tim Howard also enjoys a great international career as the goalkeeper of the US national team. He has made more than 100 international appearance so far, including games at the 2010 and 2014 FIFA World Cups.