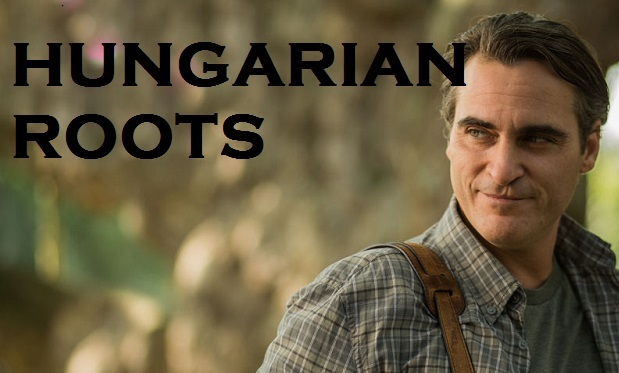 In our weekly series we write about celebrities – artists, actors, musicians, sport stars and scientists – who have some Hungarian origin, yet only few would consider them as “par excellence Hungarians”. In many cases even the person concerned knows/knew only very little about his or her Hungarian roots, while others are/were proud of their “Magyar” background despite lacking the ability to speak the language of their parents or grandparents. Our ninth target is:

The 41-year-old actor, producer, music video director, musician and activist was born in Rio Piedras, Puerto Rico, on 28 October 1974 as the middle child of five kids. His father, John Lee Bottom, was a lapsed Catholic of English, as well as German and French ancestry, while his mother, Arlyn Sharon Dunetz, was born in the Bronx, New York, to Jewish parents whose families emigrated from Russia and Hungary. Arlyn’s mother, Margaret’s (née Lefkowitz) family was from Hungary, and her father Meyer’s family was from Russia. She left her family in 1968 and moved to California, later meeting Phoenix’s father while hitchhiking. The couple married in 1969 and later joined the Children of God religious group,  touring Mexico, Puerto Rico and South America as Christian missionaries for several years. It was during this time that their son and daughter Joaquin and Liberty (Libertad) were born. However, they eventually became disillusioned with the group and returned to the United States in late 1977. After the family quit the controversial new religious movement, they changed their last name to Phoenix, after the mythical bird that rises from its own ashes, to symbolise a new beginning. 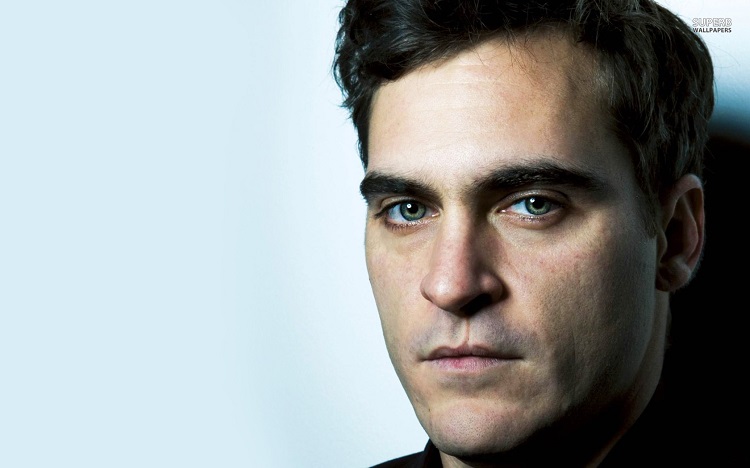 .As a youngster, Joaquin took his cues from older siblings River Phoenix and Rain Phoenix, changing his name to Leaf to match their earthier monikers. When the children were encouraged to develop their creative instincts, he followed their lead into acting. Younger sisters Liberty Phoenix and Summer Phoenix rounded out the talented troupe. By the time Joaquin was 6, they had more or less settled in the Los Angeles area. His mother Arlyn found work as a secretary at NBC, and father John turned his talents to landscaping. They eventually found an agent who was willing to represent all five children, and the younger generation dove into TV work. Commercials for meat, milk, and junk food were off-limits (the kids were all raised as strict vegans), but they managed to find plenty of work pushing other, less sinister products. Joaquin’s first real acting gig was a guest appearance on River’s sitcom, Seven Brides for Seven Brothers (1982). He worked with his brother again on the after-school special ABC Afterschool Specials: Backwards: The Riddle of Dyslexia(1984), then struck out on his own in other made-for-TV productions. He made his big-screen debut as the youngest crew member in the interstellar romp SpaceCamp (1986), then won his first starring turn in the Cold War-era drama Russkies (1987). In the late ’80s, the Phoenix clan decided to pull up stakes and relocate again – this time to Florida. River’s film career had enough momentum to sustain the move, but Joaquin wasn’t sure what lay in store for him in the Sunshine State. As it happened, Universal Pictures had just opened a new studio in the area and he was cast almost immediately as an angst-ridden adolescent in Parenthood (1989). His performance was very well-received, but Joaquin decided to withdraw from acting for a while–he was frustrated with the dearth of interesting roles for actors his age, and he wanted to see more of the world. His parents were in the process of separating, so he struck out for Mexico with his father. Joaquin returned to the public eye three years later under tragic circumstances. On October 31, 1993, he was at The Viper Room (an L.A. nightclub partly-owned by Johnny Depp) when his brother River collapsed from a drug overdose and later died. Joaquin made the call to 911, which was rebroadcast on radio and TV the world over.

The film that confirmed Phoenix as a star was Gladiator (2000). The Roman epic cast him as a selfish, paranoid young emperor opposite Russell Crowe’s swarthy hero. The movie earned him a nomination for the Academy Award for Best Supporting Actor. He has subsequently earned Best Actor nominations for portraying musician Johnny Cash in the biopic Walk the Line (2005) and for his role as Freddie Quell, a sex-obsessed alcoholic World War II veteran in the drama film The Master (2012). Later that year, he appeared in two indies, playing a dock worker in The Yards (2000, which he counts among his favorite experiences–and one of the only films of his that he can sit through) and the priest in charge of the Marquis de Sade’s asylum in Quills (2000).

Some of his other notable films include the satire film Buffalo Soldiers (2001), the science fiction thriller Signs (2002), the animated film Brother Bear (2003), the historical drama film Hotel Rwanda (2004), the psychological thriller The Village (2004), the documentary Earthlings (2005), the romantic drama Two Lovers (2008), the drama The Immigrant (2013), the romantic science fiction drama Her (2013) and the crime comedy-drama film Inherent Vice (2014).

Aside from his acting career, he has also ventured into directing music videos, as well as producing films and television shows. He has recorded an album, the soundtrack to Walk The Line, for which he won the Grammy Award for Best Compilation Soundtrack for Visual Media. Just like his mother, Phoenix is also social activist, lending his support to a number of charities and humanitarian organizations. He is also widely known for his animal rights advocacy. He has been a vegan since the age of three, and actively campaigns forPETA and In Defense of Animals.