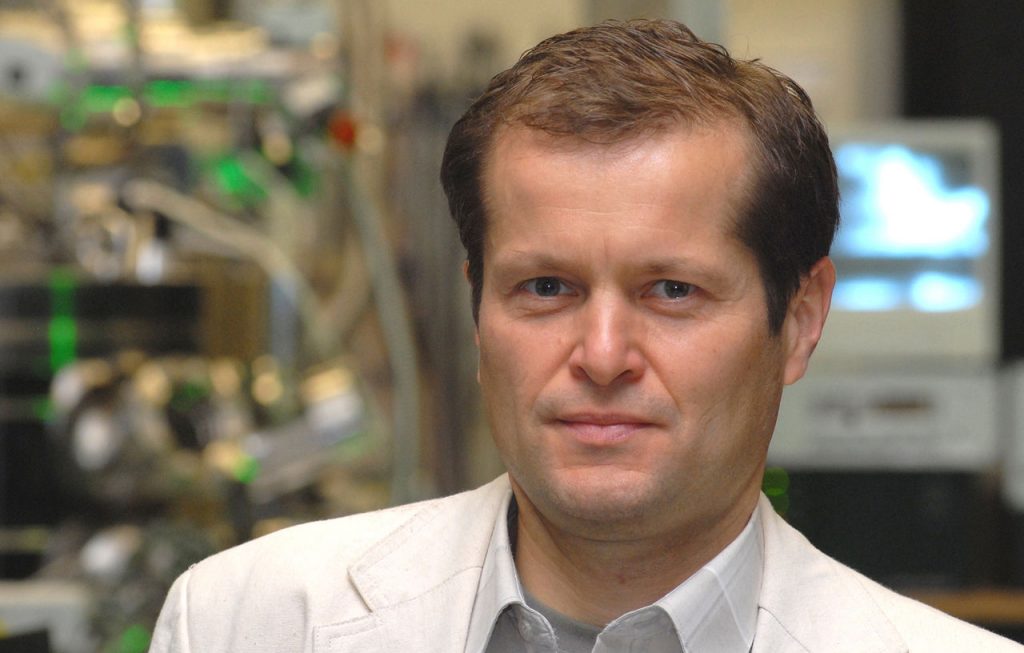 A Hungarian-born physicist living in Germany has been tipped for this year’s Nobel Prize in Physics by the website ScienceWatch.

According to the website’s expectations, Ferenc Krausz, who works as Chair of Experimental Physics at the Faculty of Physics in Ludwig Maximilians University, Munich and Director of the Max Planck Institute of Quantum Optics in Garching, Germany, has a chance of winning the 2015 Nobel Prize based on the topicality of his area of research and citation analysis. Mr. Krausz is listed at first position in tie with Canadian researcher Paul B. Corkum and are said to deserve the award for “pioneering the field of attophysics”, which uses lasers to decect molecular phenomenon taking place in a quintillionth of a second. The area has potential application in engineering and medicine, the portal writes. 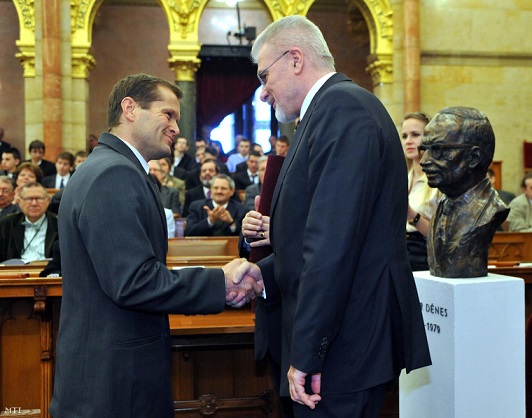 Mr. Krausz receiving the “In Memoriam Dénes Gábor” award from József Pálinkás, then chairman of the Hungarian Academy of Sciences, in Parliament in 2010 (photo: Tamás Kovács/MTI)

In 2001, Mr. Krausz and his group were able for the first time not only to generate but also to measure attosecond light pulses (of extreme ultraviolet light) by means of intense laser pulses consisting of one to two wave cycles. With this, they were shortly thereafter also able to trace the movement of electrons on the subatomic scale in real time. The control of the wave form of the femtosecond pulse demonstrated by Ferenc Krausz and his team and the resulting reproducible attosecond pulses enabled the establishment of the attosecond measuring techniqueas the technological basis for experimental attosecond physics today.

53-year-old Mr. Krausz studied theoretical physics at Eötvös Loránd University and electrical engineering at the Technical University of Budaőest in Hungary. After his habilitation  at the Technical University of Vienna, in Austria, he became professor at the same institute. In 2003 he was appointed director at the Max Planck Institute for Quantum Optics in Garching and in 2004 became chair of experimental physics at the Ludwig Maximllians University in Munich. In 2006 he co-founded the Munich-Centre of Advanced Photonics (MAP) and began serving as one of its directors.

Swedish Academy Reveals Why Karikó Did Not Win Nobel Prize 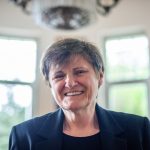 Head of Science Academy: “Katalin Karikó Will Have a Much Better Chance of Winning the Nobel Prize in a Year or Two”