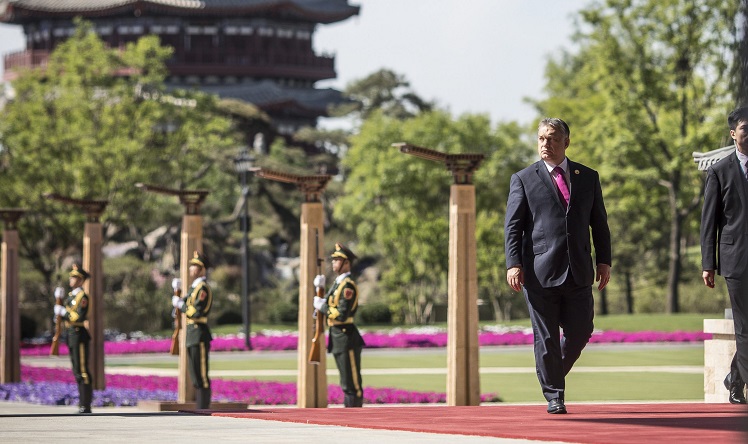 The “old model” of globalisation has reached its end, and the East has caught up with the West, Prime Minister Viktor Orbán said in Beijing. A prominent part of the world is fed up with developed countries giving lectures on such things as human rights and the market economy, Orbán told Hungarian public media during an official visit to China. 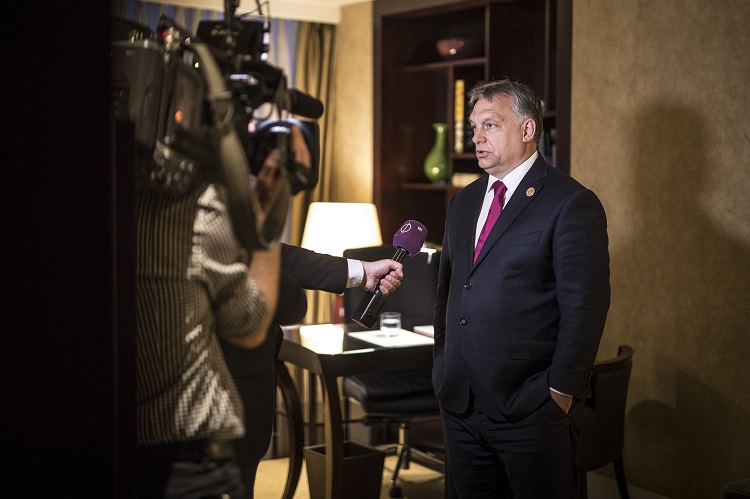 The idea that money, profit and technological knowledge derives from the West is past its prime, he said, adding that this state of affairs had changed over the past few decades. The driving force of the economy is not found in the West but in the East, the Hungarian Prime Minister said. “In truth, it is in Asia today that the largest amount of money is being accumulated, and this money will start making its way to the West,” Orbán said. He said evidence of this could also be seen in Hungary with a recent surge in Chinese investments after Chinese acquisitions of Western companies. “This trend is the exact opposite of what we’re used to and what we had been taught about the workings of the global economy,” Orbán said, adding that globalisation had divided the world into those few developed countries that give lectures about human rights, democracy, development and the market economy, and those on the receiving end.

Referring to the One Belt, One Road policy, Prime Minister Viktor Orbán said that China had started “a movement in a different direction” which built on mutual acceptance rather than a teacher-student relationship. “Everyone has the right to his own social arrangements and culture,” Orbán said. He said the economic side of the One Belt, One Road forum had dealt mainly with shipping terms, the construction of railway and road networks, bridges and airports along the old Silk Road.

On the subject of his bilateral talks in Beijing, Orbán said he had held talks with China’s president, prime minister, parliamentary speaker along with Chinese investors, and noted that the two countries had signed several economic and financial agreements. He singled out the agreement on the revamp of the Budapest-Belgrade railway line as the “most spectacular” one, noting that public procurement tenders would soon be invited for the project and construction work could soon begin. He said the two countries also agreed that Hungary’s Eximbank and the Hungarian Development Bank would support the business activities of Hungarian small and medium-sized firms and Chinese companies looking to invest in each other’s countries.

The Prime Minister also touched on his talks with Turkish President Recep Tayyip Erdoğan on the sidelines of the forum and underlined the importance of Hungarian-Turkish relations in terms of Hungary’s national security interests. “We always give him [Erdoğan] proper respect, especially given that Europe’s security– including Hungary’s security—is greatly dependent on him because Turkey is a stable country that has the power to curb illegal migration,” Orbán said. Orbán also briefed journalists on his meeting with Mongolian Prime Minister Jargaltulga Erdenebat, highlighting the potential for economic cooperation between Hungary and Mongolia. He said he had also spoken with European Union leaders as well as Russian President Vladimir Putin at the summit. The prime minister said he and Putin had mainly discussed economic matters, adding that they “didn’t need to discuss bilateral ties” as the upgrade of the Paks nuclear power plant, which he called “the most important matter”, was “on the right track”.

Addressing opposition criticism of him for laying a wreath at the Monument to the People’s Heroes at Beijing’s Tiananmen Square, Orbán said there had long been a non-verbal agreement across the Hungarian political spectrum that parties would not criticise each other for laying a wreath at the monument. “I was continuing the tradition started by [former president] Árpád Göncz,” whom the right had not criticised back then, Orbán argued. The prime minister said the left, too, should refrain from such criticism, arguing that Hungary was interested in good relations with China. Over the weekend, the opposition Democratic Coalition and LMP parties both spoke out against Orbán’s gesture.