Hungarian Press Roundup: The Political Landscape after the Local Elections

Pundits from right across the political spectrum wonder whether Sunday’s election marks a new beginning and the return of a two-party system in Hungary.

Renowned centrist political analyst Gábor Török thinks that the opposition performed better than anyone expected. Török believes that Fidesz power has been shaken, and unless the governing party takes seriously the defeats in major cities and changes its strategy, it may in 2022 be defeated by the opposition.

In Népszava, Róbert Friss writes that the Sunday local election has transformed the country. The left-wing commentator acknowledges that Fidesz is still the strongest party, but the opposition has realized that they need to join forces to defeat Fidesz. Friss contends that Sunday’s election result is a huge blow to the governing party and the ‘System of National Cooperation’. Friss hopes that voters discontent with the government will ‘take back the country’ step by step.

Mandiner’s Gellért Rajcsányi also contends that ‘the two-party system is back’. Rajcsányi recalls that the combined votes cast for the opposition were only slightly less than those cast for Fidesz even in the 2018 Parliamentary, and this year’s European Parliamentary election. Therefore, it is not at all surprising that the joint candidates of the opposition defeated Fidesz in nearly half the cities, the conservative pundit notes. He goes on to add that opposition voters now seem to accept the idea of a catch-all opposition coalition, and vote for any candidate supported by the opposition.

In Magyar Nemzet, Gábor Bencsik believes that Fidesz is still the strongest party, even if it could not secure a two-thirds victory in Sunday’s election. Despite the unexpected victory of opposition candidates in major cities, the power balance has not changed, the pro-government pundit writes. As a possible explanation, Bencsik mentions resident non-citizens from EU countries. Bencsik wonders if the 100,000 strong cohort of EU citizens eligible to vote in local election could have tilted the balance towards the opposition in some districts. While Bencsik doubts that the opposition can easily maintain the current broad cooperation, he nonetheless notes that the government would need to revise its strategy to win back voters in cities. 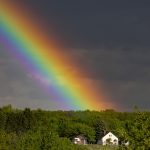