Hungarian Press Roundup: PM Orbán would Prefer to Stay in the EPP?

A conservative pundit finds the suggestion that Fidesz should quit the EPP irresponsible. A left-wing columnist lambasts the EPP leadership for tolerating what he calls the anti-democratic politics of Fidesz for too long.

Background information: on Thursday, Prime Minister Orbán asked for more calm and cool-headedness in response to pro-government daily Magyar Nemzet’s suggestion that Fidesz should quit the European People’s Party. Gergely Gulyás the Cabinet Minister in charge of the Prime Minister’s office told the press that Fidesz wants to remain a member of the European People’s Party. Foreign Minister Péter Szijjártó, however, said that the Hungarian government would not apologize for its campaign, which was sharply criticized by the EPP leadership. In his bi-weekly Friday radio interview, PM Orbán interpreted the EPP’s criticism of his party as an attack by pro-migration politicians against Hungary. Mr Orbán said that he would prefer to stay within the EPP, but added that his most important priority is to stop immigration and preserve Christian values – whether as a member of the EPP or through other means.

On Mandiner, Kristóf Trombitás says that it is irresponsible to call on Fidesz to quit the EPP without knowing for sure that Fidesz can join another powerful EU party. The pro-government blogger understands that many on the Right are dissatisfied with the EPP which, according to Trombitás, has become the ‘puppet of the Left’. Nonetheless, he thinks that Fidesz should follow pragmatic considerations, adding that currently, the EPP is the most powerful group in the EU. As for the suggestion of joining the more radical right-wing parties, Trombitás believes that the populist parties in question are no closer to real right-wing values than the EPP. Thus, at least until the May European Parliamentary election, Fidesz should keep its membership in the EPP, Trombitás concludes.

In Népszava, Tamás Beck lambasts Manfred Weber, the lead candidate of the European People’s Party for the EP elections for having tolerated PM Orbán’s ‘destructive’ and ‘antidemocratic’ politics for so long. The left-wing columnist accuses Weber of putting opportunist political power considerations before the defence of basic European values, by not standing up to PM Orbán earlier. Beck acknowledges that Viktor Orbán can be defeated only by Hungarian voters, but as he sees it, the EPP can be of great help “in stopping Fidesz”. 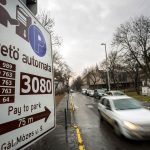 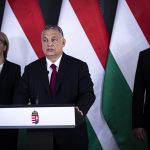