An analyst writing for the leading online business news site believes that growing productivity and the weakening Forint may help Hungary avoid a ‘wage hike catastrophe’. Meanwhile, a pro-government columnist underscores on the exceptional expansion of the construction sector and praises the government for boosting the economy. He adds that Hungarian growth may be sturdy enough to continue even if the country gets less EU funding.

On Portfolio, economic analyst Károly Beke comments on fears that the steep wage growth may trigger job cuts. Beke recalls that Hungarian wages have been growing among the fastest in Europe. In his view, this does not overstrain most companies and is unlikely to trigger large scale job cuts and closures. Beke points out that due to cuts in employers’ benefits, companies save some of the costs of higher salaries. In addition, productivity in Hungarian companies has been on the rise since 2016, which also compensates for higher salaries, Beke adds. He goes on to note that the weakening of the Forint against the Euro has also helped companies pay higher salaries without risks to their profitability.

In Hungarian daily Magyar Hírlap, Ottó Nagy interprets the construction sector data published by the Central Statistical Office as proof that the government’s economic policy is effective. The conservative commentator underscores that the construction sector expanded 48 per cent last year, and, according to analysts, is expected to grow another 20 to 30 per cent in 2019. Nagy attributes fast growth to the government’s pro-growth policy, including lower taxes and housing benefits offered to families as well as more flexible employment rules. Nagy believes that the construction sector has enough momentum to grow further even if Hungary gets less EU funding in future. 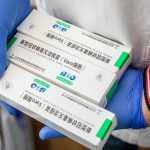