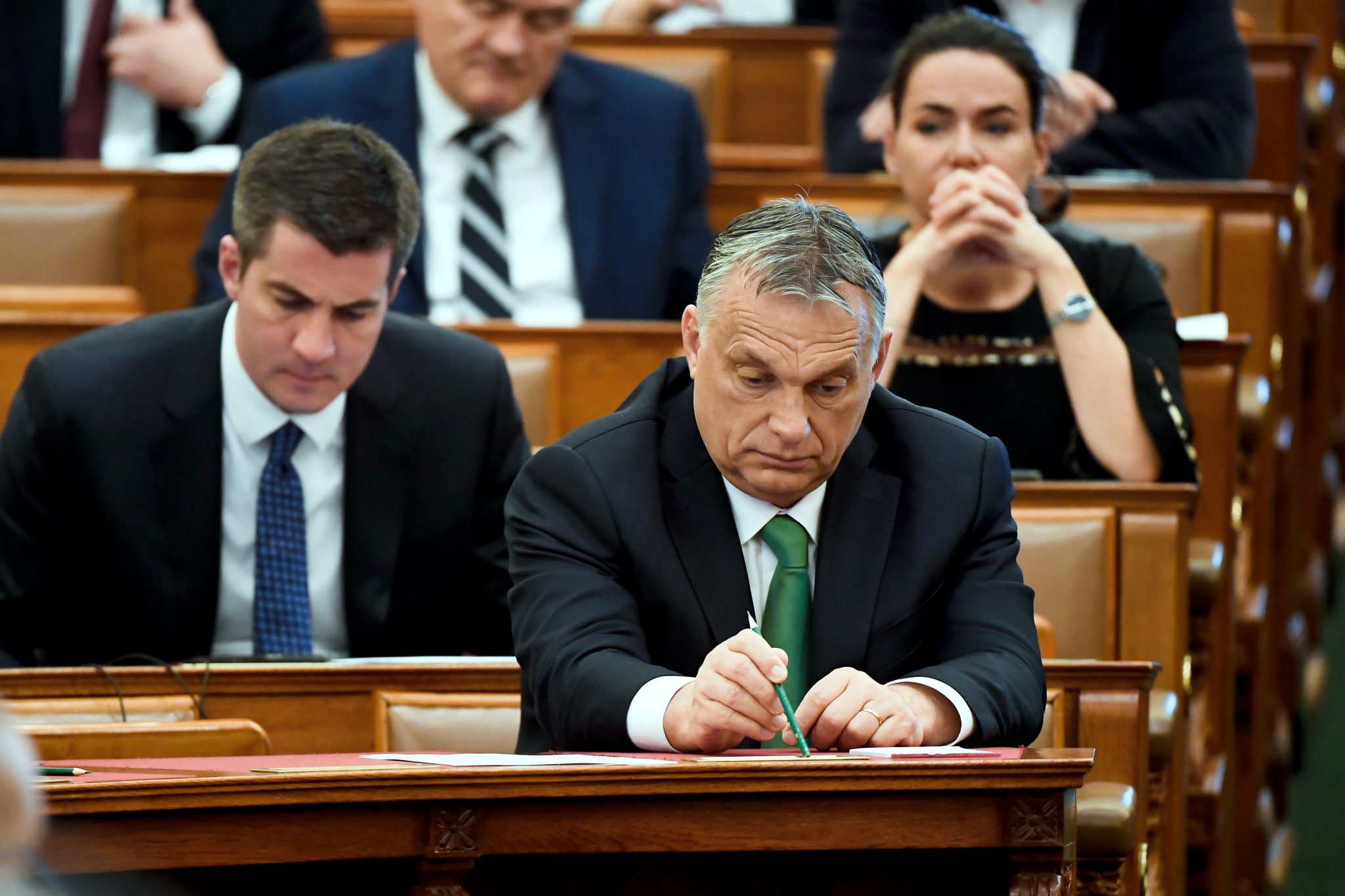 As the American watchdog organisation brands Hungary a ‘hybrid regime’ rather than even a half-consolidated democracy, opposition-leaning commentators believe their position has been vindicated while pro-government authors suggest that the report is deeply flawed.

Background information: in its annual ‘Nations in Transit’ report, which covers 29 countries from Central Europe to Central Asia, the Washington-based organisation describes ‘a stunning democratic breakdown’ and suggests that there are ‘fewer democracies in the region today than at any point since the annual report was launched in 1995’. As for Hungary, the authors suggest that the virus emergency law allows the government to rule by decree indefinitely, which in their view has deepened what they call ‘a precipitous democratic decline’. As a result, they class Hungary among ‘hybrid regimes’, another rung down the ladder from the ‘semi-consolidated democracy’ category, where it was ranked last year.

Reacting to the Freedom House report on Klub Radio, former leading liberal MP Gábor Horn thinks PM Orbán himself is conscious of having crossed a red line. This is how he explains the Prime Minister’s letter to Christian Democrat leaders throughout Europe protesting against accusations of undemocratic practices in Hungary. Horn, who is the chairman of the liberal Republikon brain trust, believes that Orbán knows he is far from the European mainstream and is preparing for a period when the core countries will stick together in furthering European integration, while a minority of outliers will be marginalised but not expelled. Horn speculates that the Prime Minister’s ambition is to become the leader of that rebellious group.

In a bitter comment on the Freedom House report, Azonnali points out that Hungary is the only country of the Visegrád 4 to rank below the democracy line. Slovakia and the Czech Republic are described as fully consolidated democracies, while Poland ranks among the semi-consolidated. Hungary has been sunk into the category of Balkan countries like Serbia, Kosovo, Macedonia and Albania as well as Ukraine, Azonnali remarks.

In his Népszava column contesting claims made by the government side, star liberal radio journalist György Bolgár dismisses government spokesperson Zoltán Kovács’s statement that Freedom House ‘has become George Soros’ shop window organisation’. Bolgár sarcastically asks Kovács who he believes is the President of the United States. For rather than being sponsored by Hungarian-American financier George Soros, Freedom House is financed by the US government (88 per cent of its budget is covered by the State Department).

On Mandiner, Attila Palkó argues that the Freedom House report mirrors the position of the government’s domestic left-liberal opponents. The pages on Hungary are the work of a single author, namely Gábor Filippov, a PhD doctoral student at the Soros-founded Central European University, he remarks, adding that Filippov is a lecturer at a Socialist Party political academy and used to work for a think tank linked to the Socialist Party when DK leader Ferenc Gyurcsány was MSZP Chairman. Palkó also questions the validity of ‘hybrid regime’ as a scientific category. Some may uphold it as something outside both the realm of democracy and of authoritarianism, he explains, but to use it in an official document to rank countries is dubious, to his taste. He also questions the seriousness of a country report where all questions measuring various aspects of a democratic setup are answered by a single person, an avowed opponent of the government at that, although the report purports to provide an unbiased assessment of the performance of that same government.