A left-liberal pundit praises Zsolt Gréczy for resigning from Parliament, while a pro-government columnist suggests that he must have been forced to do so by his party leader.

Background information: on Wednesday last week, Origo published a letter from an anonymous woman who accused DK MP Zsolt Gréczy, spokesman of the Parliamentary group of the Democratic Coalition of harassing her with a series of pornographic photos of himself. The pictures were released shortly afterwards on a practically unknown website. Gréczy resigned from Parliament two days later, but party chief Ferenc Gyurcsány said he would ‘help us in other ways’.

On Hírklikk, Péter Németh welcomes Gréczy’s decision, since if the opposition intends to defeat Fidesz in 2022, its team must be perfectly faultless. Otherwise, the veteran left-wing commentator is convinced that the campaign against Gréczy was orchestrated by Fidesz. He also suggests that its aim was to divert attention from former Győr Mayor Zsolt Borkai’s sex scandal. He admits that Gréczy offered them a chance to do so ‘on a silver plate’, nevertheless, the two cases are ‘not comparable’ because Gréczy cannot be suspected of corruption. In his concluding remark, Németh predicts that Fidesz will not drop the matter any time soon, as they have a much bigger target to take down, namely party chairman Ferenc Gyurcsány.

On Mandiner, István Joó is certain that Gréczy did not resign on his own initiative, on the contrary, he tried to frame himself for two days as a hacker’s victim. The pro-government commentator believes it was the party chairman who convinced him to leave Parliament because, Joó remarks in a highly sarcastic aside, ‘he realised that the proletariat is not yet ripe for the sexual revolution symbolised by Gréczy’. He thinks both Fidesz’s Borkai and DK’s Gréczy have proven to be unworthy of public office. On the other hand, he acknowledges that publishing such pictures on the Internet can hardly be described as decent behaviour. 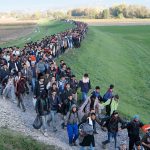