Two scientists at the Hungarian Academy of Sciences offer diametrically opposing takes on the government’s plan to restructure public research institutions. They both accuse their opponents of political motivations and ideological bias.

In Magyar Nemzet, political scientist András Körösényi dismisses the government’s argumentations on the need for the subordination of the Hungarian Academy of Science’s (MTA) research centres to government bodies. Körösényi, who himself served as a leader of MTA’s Institute for Political Science points out that the László Palkovics, Mininster of Innovation and Technology could boost innovation from the 1,400 billion in Forints his ministry presides over, even without the additional 40 billion that he wants to take over from the MTA.

Körösényi also recalls that the MTA was restructured in 2012, and since then, it has been more successful in international research grant application as well as publication output. Körösényi recommends that the government should spend more on basic research and universities rather than centralizing the operation of the MTA, Hungary’s ‘national gem’ – otherwise Hungary will indeed become a country of uneducated assembly line workers, as feared by the critics of the government, Körösényi concludes.

In a response to Körösényi’s article, László Csaba Szarka, the former director of the Research Centre for Astronomy and Earth Sciences at the MTA accuses the critics of the planned reforms of ideological bias. Szarka points out that the Hungarian Academy of Sciences is in fact two institutions. The main purpose of the government is to clearly distinguish the MTA Presidium comprising of 17,000 researchers and the network of research centres to make research more efficient. Szarka accuses the government’s critics of using the radical left-wing methods of Saul Alinsky.

In a passing remark, Szarka notes that the political views of scientists should not be an issue in organizing research funding, but due to the currently highly polarized public life in Europe, even scientists need to take a clear stand on political issues. In conclusion, Szarka suggests that the MTA research centres that ‘propagate hardcore globalist values in the guise of objective science’ can hardly operate in a national public institution. 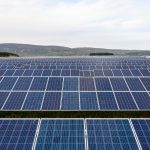 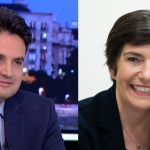