Hungarian Press Roundup: Europe 30 Years after the Fall of the Berlin Wall

A left-wing and a conservative pundit look back at the past three decades. They agree that the optimism of the early 1990s has disappeared, and Europe is facing a deep crisis.

In Népszava, Tamás Rónay looks back on the three decades and claims that Europe seems to have lost the faith in democracy that characterized the fall of the Berlin Wall. The left-wing commentator fears that the rise of populist right-wing parties threatens Europe’s future. Unless moderate parties cooperate, Europe may fall apart, Rónay suggests. Rónay also finds it disturbing that the core European countries – Germany, the UK, France and Spain – are all struggling with prolonged political crises.

Magyar Nemzet’s Zoltán Hegyi also thinks that Europe has lost the optimism of the 1990s. The conservative columnist contends that despite hopes that Europe would unite after the fall of the Iron Curtain, the continent is still marked by deep invisible cleavages. To the disappointment of many, the vast historical, economic and cultural differences between East and West, and North and South resurfaced after the end of the Cold War, Hegyi writes. In conclusion, he finds it sad that Europe today is marked by anxiety. Despite all the uncertainties and disputes, he remarks, there is still much more room for discussion and cooperation in Europe than before the fall of the Berlin Wall. 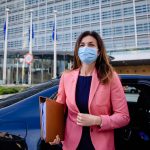 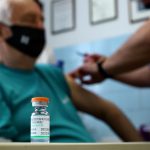