A left-wing analyst and the leading independent online economic media outlet suspect that Hungarian GDP growth has peaked, and a major slowdown will hit Hungary soon.

Népszava’s, Miklós Bonta acknowledges that Hungarian growth rate has been the highest in Europe, but he predicts that the Hungarian economy has reached its peak and will soon start to slow down. The left-wing analyst recalls that the OECD in its latest report cut Hungary’s 2020 GDP growth projection from 3.7 to 2.1 per cent. Bonta suspects that the announcement by automobile factories that they plan to reduce their workforce is an indication that the slowdown has already started.

Portfolio cites a new report from the Hungarian Academy of Science’s Centre for Economic and Regional Studies, forecasting a steep decline in Hungary’s GDP growth. The leading independent online economic media outlet projects that by 2023, Hungary’s growth rate will be between 0 and 2 per cent as a result of the likely decline in the employment rate and stagnating competitiveness. As a potential remedy, Portfolio suggests that the government should facilitate the return of expatriates who left the country to work abroad. 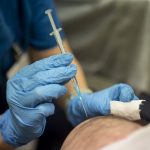