A left-wing columnist criticizes the government’s amendments to the public education act. A conservative pundit contends that bureaucratic efforts to integrate disadvantaged children are doomed to fail.

Background information: according to the new legislation voted into law by Parliament in July, all 6-year old children must start primary school unless they have serious and well-documented health problems. The new law restricts home-learning options and stipulates that private schools need to comply with the core curriculum requirements of public schools. The amendments also eliminate the previous right of school parental boards to review applications for the post of head teacher. The government claims that the new regulations are intended to strengthen integration and equality. Bence Rétvári, Secretary of State at the Ministry of Human Resources, said that the previous rules allowed more discretion for schools and families, and were used to deny admission for disadvantaged children.

Népszava’s Dániel Juhász accuses the government of ‘nationalizing children’. The left-wing commentator claims that the new public education act severely limits parents’ rights to decide about the future of their children. Juhász thinks that if decisions about public education are made by government committees rather than families, the system will become less flexible and the interests of children with special needs are less likely to be accommodated.

Mandiner’s Gergely Szilvay comments on an interview with liberal sociologist Ágnes Kende in 168 Óra. In the interview, Kende explained that governmental efforts to create non-segregated schools are being spoilt by parents from the majority society who enroll their kids in schools that have no Roma or poor children. Kende noted that unless the right to freely choose schools is curtailed, integration cannot succeed. Szilvay finds it bizarre that left-wing liberals who often accuse the government of forcing its will on the people would restrict the right of parents to choose the school they think best fits their children. Szilvay disagrees with Kende’s view that ‘spontaneous segregation’ resulting from parents’ choices should be perceived as institutional segregation. Szilvay claims that Kende and other anti-segregation intellectuals live in rich neighbourhoods and therefore their children attend public or private schools with no disadvantaged kids. 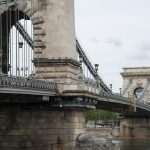