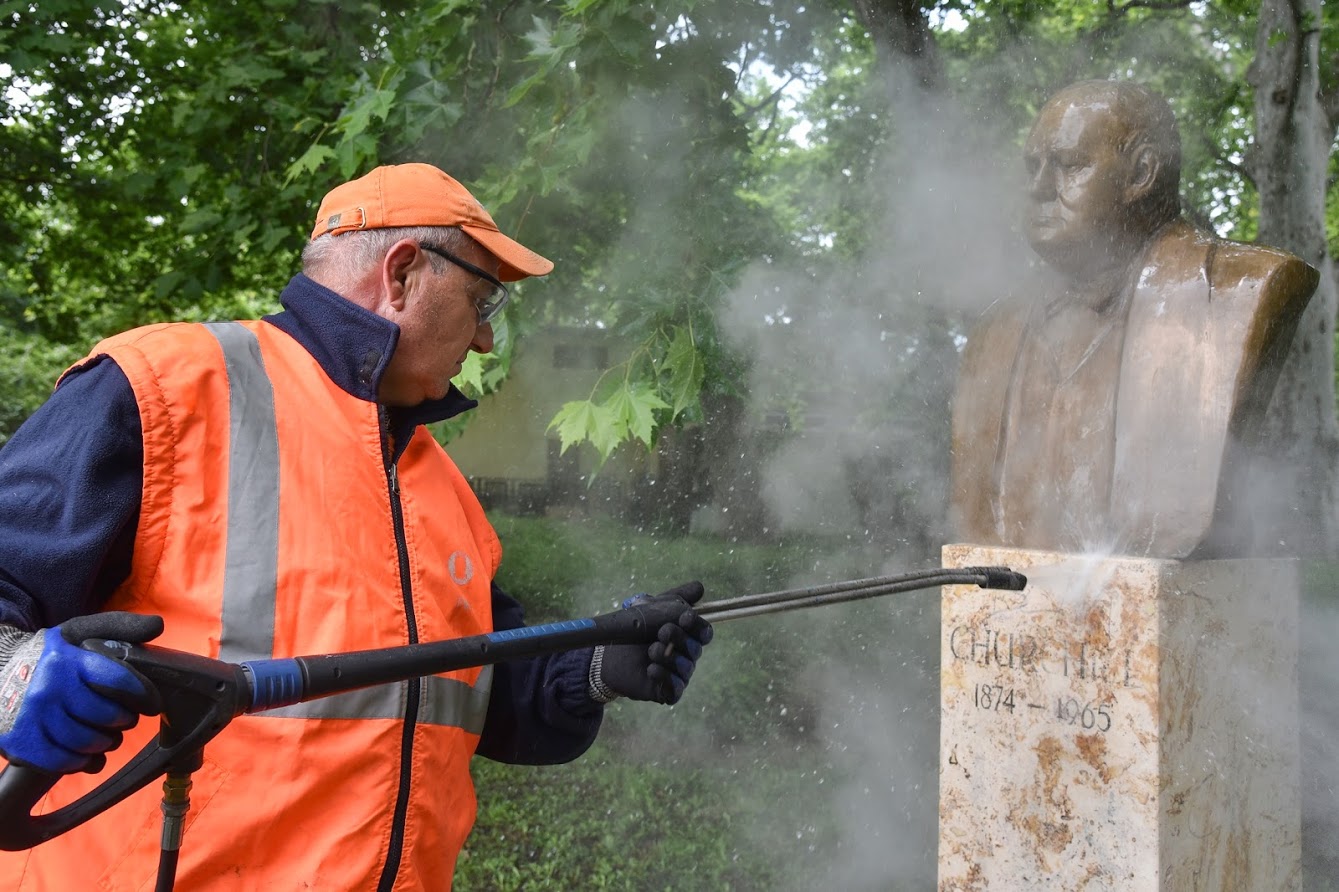 A Fidesz MEP says that pulling down statues to rewrite history is a communist practice. An opposition politician sees the current wave of attacks on statues in the West as more complex an issue than the MEP suggests. An independent author maintains that the West didn’t invent slavery and colonialism but put an end to them.

Background information: in the wake of a series of attacks on statues in the northern hemisphere, unknown persons painted the words ‘Black Lives Matter’ and ‘Nazi’ on the pedestal of Winston Churchill’s bust in Budapest. Opposition and government politicians alike condemned the act of vandalism.

On Euronews Hungary, Fidesz MEP Tamás Deutsch said Hungarian communists tried to rewrite history in the wake of World War Two, by pulling down statues of historical figures. He finds it alarming that radical and violent groups, in a similar vein, try to judge personalities of past centuries by ‘modern extremist liberal standards’.

On Hírklikk, Ferenc Dávid, an adviser to DK leader Ferenc Gyurcsány on economic matters, reminds Deutsch that statues are often pulled down for ideological reasons, sometimes understandably, other times not. In Hungary, for instance, scores of communist era statues were removed to a historical statue park outside Budapest. On the other hand, he condemns the government for moving the statue of Imre Nagy, the Prime Minister executed in 1958, from its original site near the Parliament building to the park next to the former Communist Party headquarters.

On Válasz, András Sztankóczy writes that arbitrary attacks on statues by a minority can hardly be justified. He dismisses, in particular, the current concentrated attack on European heritage as fundamentally racist. Colonialism as well as slavery, he remarks, were not invented by Europeans or Westerners in general. What’s more, he adds, it was the West that abolished slavery – for moral reasons.