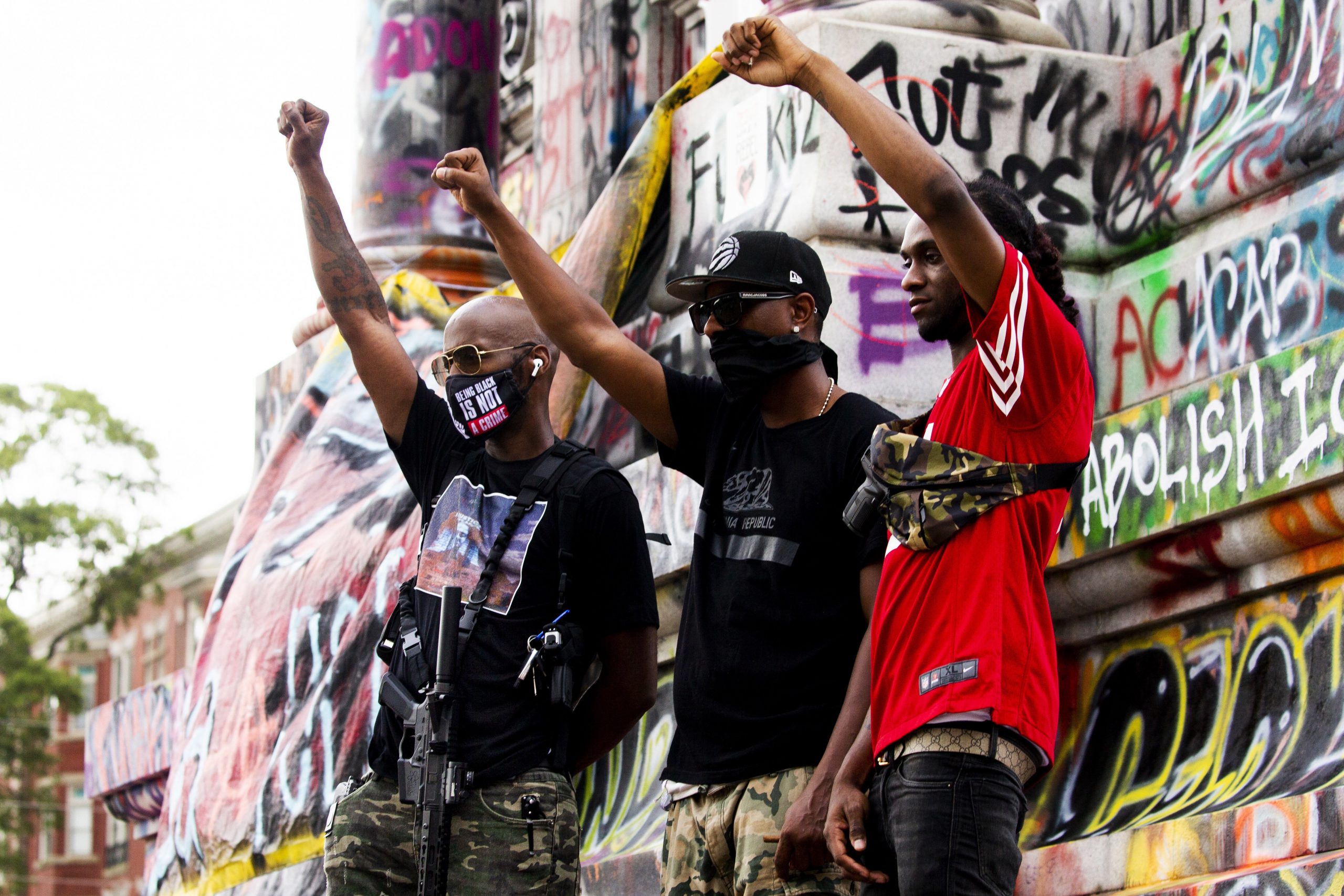 A conservative political scientist calls on white people to ‘defend their civilization’ against those he describes as ‘black rioters’. His left-wing counterpart also deems pointless the removal of the statues of controversial historical figures. Furthermore, a veteran sociologist who has led several campaigns in defence of the environment deplores the international left for supporting the destructive and often violent rioting across the United States and in some West European countries.

In Magyar Nemzet, László Gy. Tóth writes that ‘all lives matter’, adding that ‘white lives matter’ too. The right-wing political scientist contends that anti-racism demonstrators are part of what he calls the Democratic Party’s war against President Trump. Tóth calls on the ‘Western, white civilization’ to fight back against ‘attacks from black racist groups that want to destroy our world and identity’. Tóth dismisses as absurd suggestions that African culture is as developed as Western civilization. Africa was still in the Stone Age, he suggests, in terms of civilizational development, when European travellers ‘discovered’ it.

In left-wing Népszava, Ádám Paár thinks that the removal of statues of past historical figures associated with slavery is a futile or even misplaced effort to remedy past injustice. The political analyst suggests that very few statues would remain in public places if all controversial personalities are removed. As for historical injustice and oppression, Paár likens black slaves in the US to servants in historical Hungary who were not free but lived in relative security, as opposed to free but poor peasants who were in constant battles with the land owning nobility.

On Válasz, renowned sociologist András Lányi laments the fact that the latest series of riots in the United States have pushed the environmentalist rebellion to the background. He finds it mendacious to attribute the death of George Floyd under the knee of a Minneapolis policeman to racism. But the victims of a system, he writes, which is careless about the fate of the Earth and its inhabitants want tangible culprits, instead of the abstract ones, like networks, exchange rates, nanobytes and viruses. Lányi thus understands their destructive anger. On the other hand, he takes it as a sign that multiculturalism has failed. Samuel Huntington was right, he believes, when he predicted a clash of civilisations. And in that clash, Lányi thinks, European civilization is on the defensive. He flatly condemns the left-wing intellectuals who side with the rioters and asks why they still believe that extremism is helpful just because it is not right-wing but left-wing. Both equally jeopardize democracy and the rule of law, he warns.