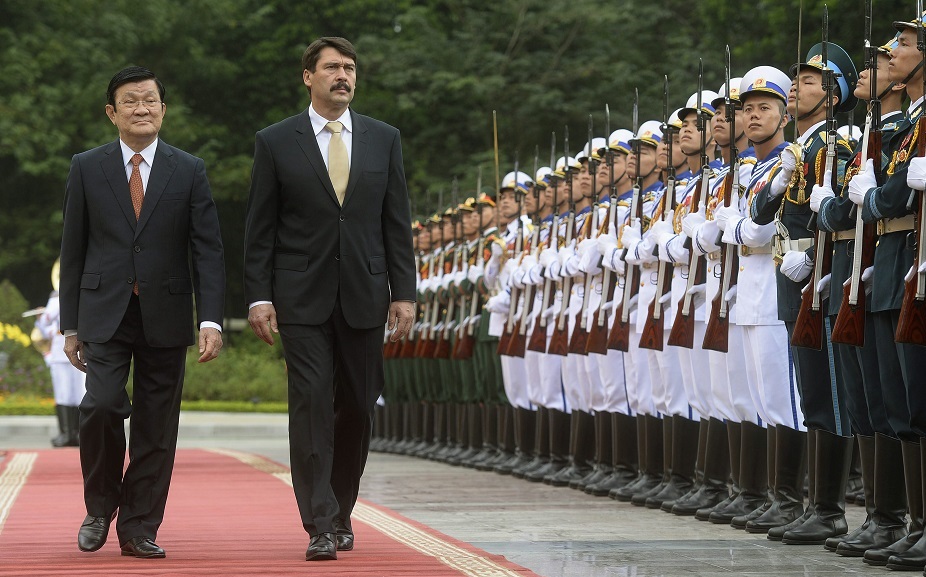 Hungary’s economic relations with Vietnam hold vast potential, Hungarian President János Áder agreed with his Vietnamese counterpart Truong Tan Sang in Hanoi. Áder noted that bilateral relations had fared well since the Vietnamese president’s visit to Hungary last year, with trade growing 60% and several joint projects launched. “Both sides have shown a determination to boost cooperation, especially in economics and trade, as evidenced in the exchange of visits of both countries’ leaders within the last year. Bilateral trade turnover has increased by 60% over last year and cooperation in various fields has been very effective”, Áder said.

Several agreements were signed in the presence of the two presidents, such as a joint venture to develop a public warehousing system for the Vietnamese agriculture. Truong Tan Sang said Hungary, as an EU member state, would help Europe to recognise Vietnam’s market economy. János Áder reiterated Hungary’s support for increasing relations between Vietnam and the EU, accelerating the ratification of a Vietnam- EU Partnership and Co-operation Agreement (PCA), and soon finalizing negotiations on a Free Trade Agreement and recognizing Vietnam’s full market economy status. He said Hungary will open a Consulate General in Ho Chi Minh City in 2015.

Addressing the first conference of Hungarian and Vietnamese university heads, Áder noted that 50 Vietnamese students have grants to study in Hungary and another 218 pay for courses. Scholarships will be offered to another 100 Vietnamese students next year, he said, adding that hopefully others would be drawn to study in Hungary, which mainly offers training in water management, health care, engineering, tourism and the pharmaceutical sector.