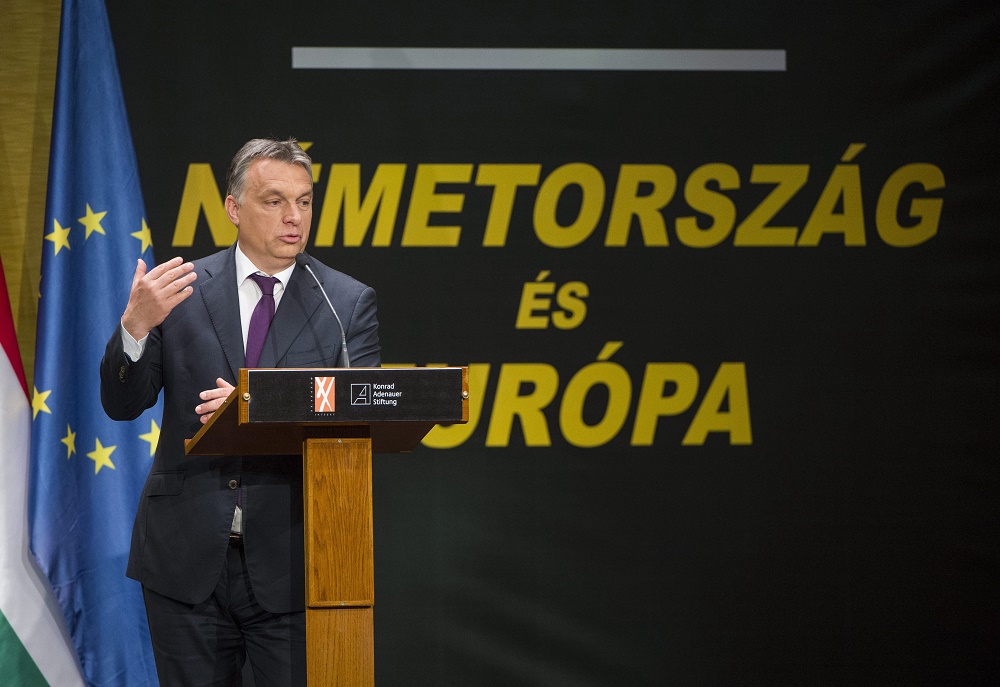 Europe is experiencing modern-day migration, which can in an “irreversible” process change the face of its whole civilisation, the Hungarian Prime minister said at a conference marking former German chancellor Helmut Kohl’s 85th birthday. Viktor Orbán said there was “no return” from a multicultural Europe, “either to a Christian Europe or to the world of national cultures”.

Hungarians have always looked on Germany’s reunification as a token of their own independence and freedom. It was Kohl who had opened up the possibility for Europe’s reunification and the EU’s enlargement, Orbán said, adding that a unified Germany is the only “irrevocable guarantee that Hungary will not be occupied again and the Cold War will not return”.

Crisis management had a northern and southern style: the former likes to analyse and make structural changes while the latter would rather let “life take care of itself and adjust to changes”. In economic terms this means a devaluation of the currency, the Hungarian premier said.

Meanwhile Viktor Orbán’s party said that the EU was unable to tackle the problem of immigration, which means Hungary must take steps in this matter in the autumn. The spokesman for ruling FIDESZ said that the party opposes the idea raised by the EU to distribute “economic migrants” on the basis of population and GDP among member states, Bence Tuzson said.

“This will not result in fewer immigrants,” he said, adding that several other countries disagree with the quota plan, including the Czech Republic, Slovakia and France. “If the EU is unable to protect Hungarian people and the population of other member states, this issue must be moved into national competence and this is what Fidesz will initiate,” he insisted.