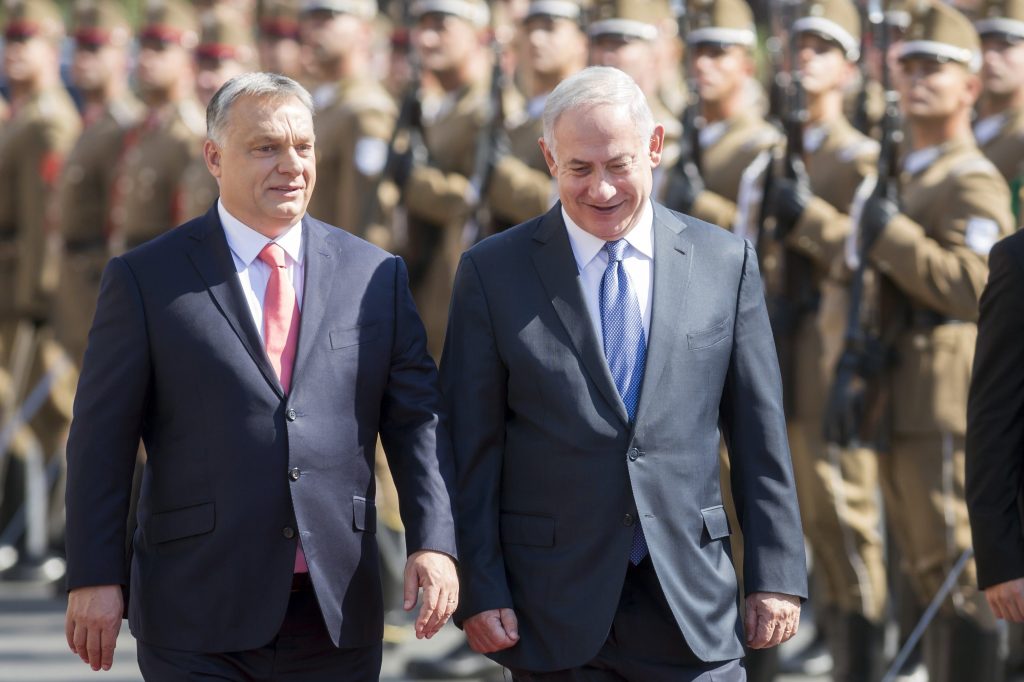 Since then, Hungary’s political parties have vocally reacted to the talks; the country’s left-wing parties criticized Israel’s leader for failing to condemn the Hungarian government’s anti-Soros billboard campaign, which they (and observers worldwide) have described as “inciting anti-Semitic sentiment. By contrast, the far-right Jobbik party (which is currently the second-most-popular political grouping in the country) demanded to know what Orbán and Netanyahu had agreed to “behind the scenes.” 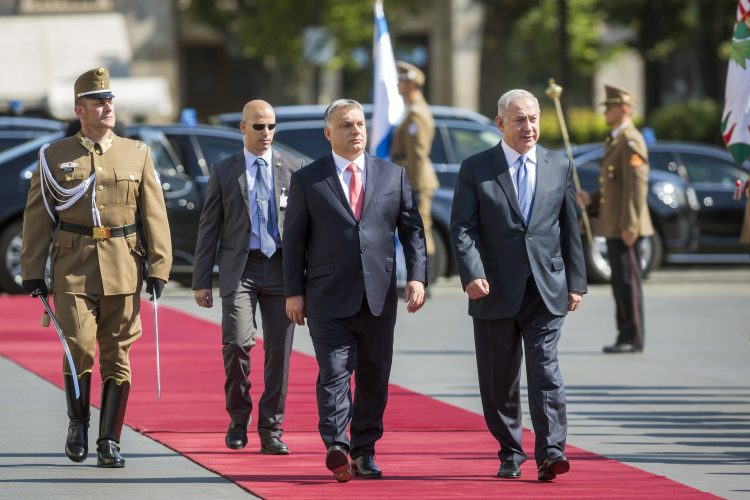 The opposition Socialists (MSZP) said preserving Hungary and Israel’s friendly relations in the long term was a national interest, but criticized Benjamin Netanyahu for “inserting himself” into Hungary’s domestic politics and the government’s anti-Soros billboard campaign.

At a press conference, MSZP board member Balázs Baranyi said that his party condemned “Netanyahu joining Orban in a domestic political campaign centered on vilification, incitement, provocation and demagogy.” He expressed regret that “this is all happening at a time when an evil and foolish government campaign is inciting anti-Semitic sentiment” and that Netanyahu’s remarks made at Tuesday’s press conference with Orban had “only added to” the Hungarian Jewish community’s feelings of uncertainty.

The billboard campaign in question features Hungarian-American billionaire George Soros. Soros, who is a frequent target of the government’s rhetoric, was depicted with a grin on the billboards. Next to the financier’s head was a message calling on Hungarians to “not let Soros be the one laughing at the end.”

Some of the posters were defaced with hate speech before being removed last weekend, and Jewish groups and critics both in Hungary and worldwide have described them as having anti-Semitic overtones. In particular, Hungarian Jewish Federation (Mazsihisz) leader András Heisler criticized the way the signs, in his view, “stirred up anti-Semitic feelings.”

In contrast (as we have reported) while Israel’s Ambassador to Hungary Yossi Amrani also criticized the billboard campaign, the Israeli foreign ministry quickly performed an about-face on the matter.

The left-wing Democratic Coalition (DK) said Netanyahu’s visit was part of a “culpable political gamble”. Although the Israeli and Hungarian prime ministers have differing world views, they are both interested in implementing “authoritarian policies aimed at dismantling democracy”, DK board member Attila Ara-Kovács told a press conference.

Ara-Kovács said it would have been “vital” for Netanyahu to condemn Hungary’s “domestic politics of anti-Semitic incitement”, adding that “this cannot be ignored in exchange for votes”.

He said Netanyahu’s visit is more about the Israeli leader “joining a club whose members include [Russian President Vladimir] Putin, [Turkish President Recep Tayyip] Erdogan and Orban” than it is about advancing bilateral economic and cultural ties.

Hungarian Green party LMP (Politics Can Be Different) claimed that both Orbán and Netanyahu were “becoming increasingly isolated” on the international stage, adding that they were looking to overcome their isolation by preserving their ties with each other. According to LMP board member Péter Ungar, while Netanyahu’s visit “in and of itself is not a problem”, Hungary’s foreign policy is, since many of the leaders of countries allied to Hungary are not visiting Budapest.

The Dialogue party called on the government to “end its double talk” in connection with its zero tolerance for anti-Semitism. Reacting to Orbán’s remarks that Hungary had committed a crime in the second world war by failing to protect its Jewish citizens from the Holocaust, Dialogue board member András Beres said it was “high time to utter these important words.” However, he also questioned the Hungarian prime minister’s credibility on this issue, noting Orbán’s recent praise of Miklós Horthy, Hungary’s regent from 1920 until 1944 (read our articles on the controversy here and here). The LMP politician called on Orbán to back up his words with actions, and on the government to disavow Horthy and his legacy.

The far-right Jobbik party (which has made a concerted effort in recent years to shed its anti-Semitic, racist past) questioned whether Orbán and Netanyahu’s meeting was of historic significance, arguing that the two sides had not reached any meaningful agreements. In its statement, the party demanded to know “what sort of dealings” the two leaders had “behind the scenes”, arguing that Orbán and Netanyahu’s press conference had revealed no specifics.

The ruling Fidesz party dismissed the Socialists’ and DK’s comments as “sour grapes” over the fact that no Israeli prime minister had visited Hungary during the premiership of DK leader and former Socialist prime minister Ferenc Gyurcsány or at any other time when the Socialists were in power.

In addition, speaking to state television, Hungarian Foreign Minister Péter Szijjártó claimed that Netanyahu’s stance in support of Hungary “is a clear refutation of the mendacious and abusive charges of anti-Semitism against the country.”

Szijjárto said that Hungary is one of the European countries to have done the most to successfully combat anti-Semitism. The Foreign Minister claimed that Hungary has a policy of zero tolerance for anti-Semitism and Holocaust denial, adding that Holocaust history is a part of the school curriculum. He also explained that Hungary financially supports the renovation of synagogues, both within its territory and abroad.

Going further, he claimed that Netanyahu’s visit to Budapest has brought about “a new dimension in the political and economic spheres, too,” referring to an agreement on cooperation in the auto industry. Cooperation between Hungary and Israel on the latest automotive technology developments is hugely significant and carries great potential for the Hungarian economy, he added.

The Foreign Minister also claimed that the Israeli leader’s visit was politically important because Hungary has always striven to ensure a politically balanced and fair attitude towards Israel on the part of the European Union.

Via MTI, the Independent, and the Guardian