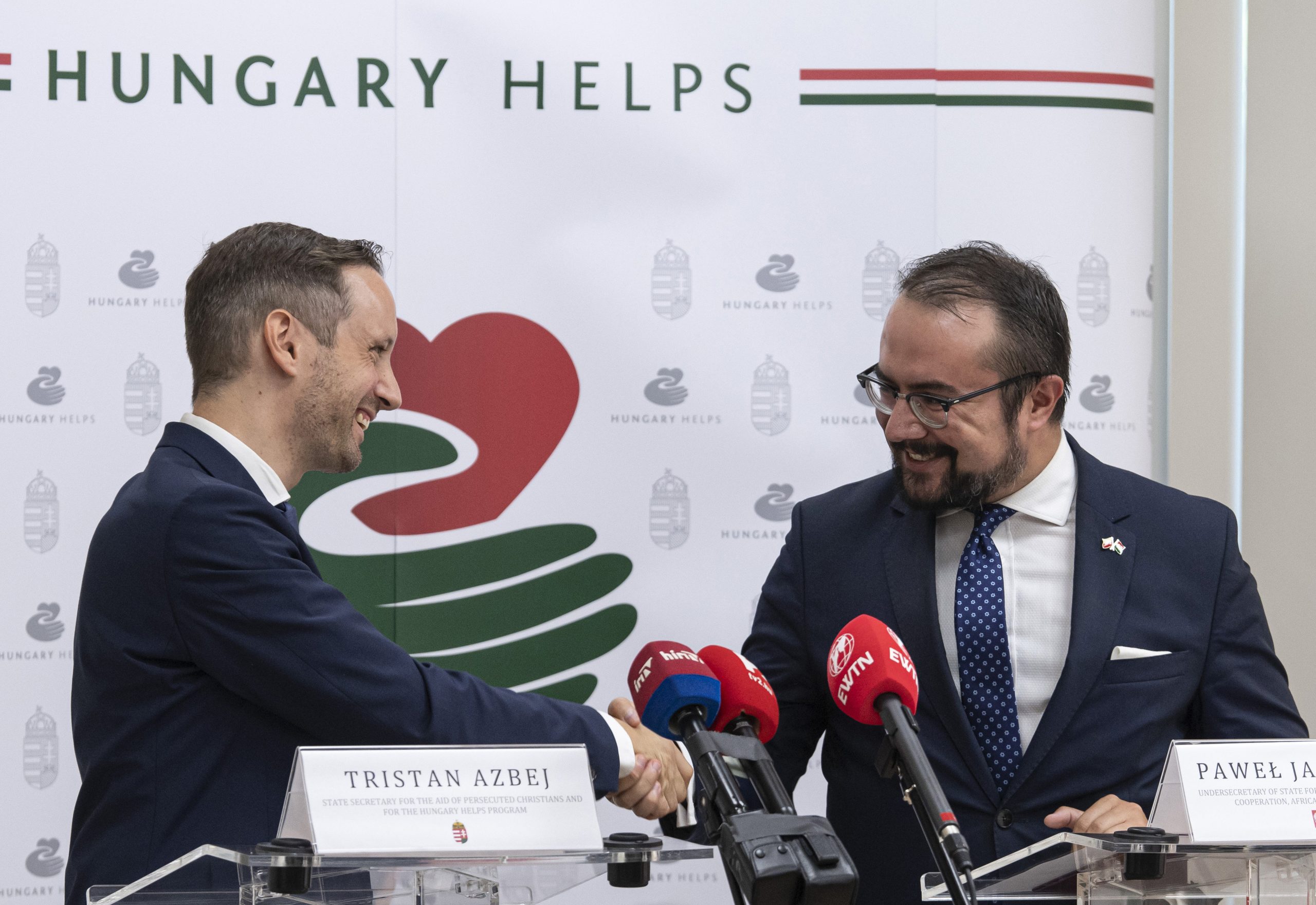 The Hungarian and Polish governments on Monday signed an MoU on establishing joint humanitarian cooperation.

Azbej Tristan, the Prime Minister’s Office state secretary in charge of aid for persecuted Christians, told a joint press conference in Budapest that both countries, given their moral obligations stemming from their Christian tradition, are committed to acting swiftly to provide substantive help to those in need in various regions of the world.

Pawel Jablonski, the Polish deputy foreign minister, said the agreement portended even closer Hungarian-Polish ties. “Hungary and Poland are not only partners but also friends that share common values,” he said, adding that their positions on many issues, including helping persecuted people, were similar in many respects.

Orbán: Soros Working in Brussels “to Harm Hungarians Wherever He Can”