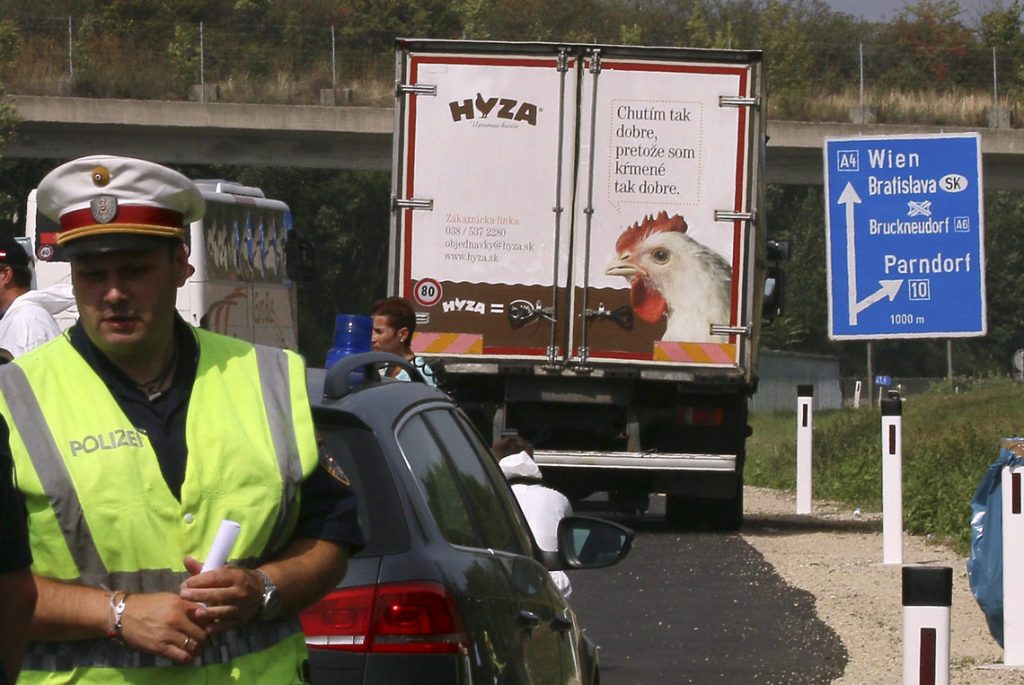 Hungarian police are to file charges against 8 suspects in connection with the deaths of 71 migrants left locked up in a refrigerated truck on a roadside in Austria last year, an official in charge of migration issues at operational police’s national investigations bureau said. The search is still on for three Bulgarian drivers, Zoltán Boross told a press conference. When the suspects crossed the Hungarian-Austrian border, they already knew that the people in the vehicle were dead, he added. 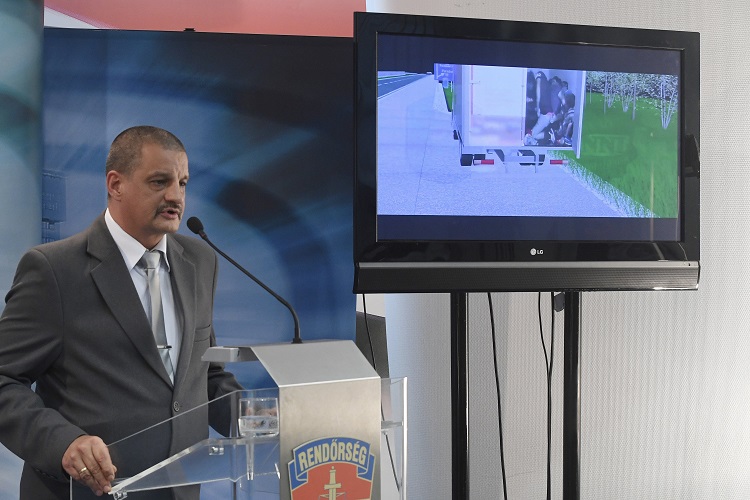 An Afghan citizen in Hungary who had lived under protection headed the criminal gang. His protection has since been withdrawn. Among the eight people currently under pre-trial detention are a Bulgarian-Lebanese man whose task was to acquire the vehicles needed for human smuggling and Bulgarian citizens who acted as drivers. One of the suspects is the 25-year-old man who drove the refrigerated vehicle, Boross said.

Police were unable to track the trail of the gang’s profits but suspect that the ring leader had sent the money to Afghanistan, Boross said. During the investigation police obtained about 1,500 hours of CCTV footage from 24 sections of the route the criminals had followed from Hungary’s southern border to Austria. Like the Austrian investigation, the Hungarian one also concluded that it took no more than 3 hours for the migrants to die of suffocation after being locked inside the truck. It was also revealed that the Afghan ring leader first came to Hungary in 2013. During his time in Hungary he had multiple run-ins with the law, most of which were over drugrelated crimes, rowdiness and speeding. 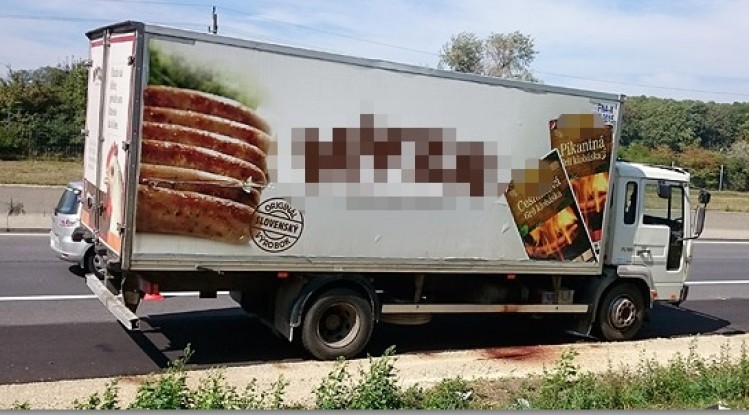 The drivers employed by the gang were typically Bulgarian nationals living in poor conditions who made their living working part-time jobs. The investigation found that from February 2015 the gang smuggled people from Serbia to Austria on a daily basis. They later purchased bigger trucks with which they could smuggle 60-80 people at a time. Investigators found that the gang had made at least 25 smuggling trips: ten to Germany, eight to Austria and seven within Hungary. During the trips it was common for migrants to pass out from a lack of oxygen. The ring leader had contacts in Serbia who were responsible for gathering the migrants there and dividing them according to their destinations. The migrants were then “walked over” to Hungary in the early hours of the morning and picked up by the Bulgarian drivers.

The number of migrants to be transported to western Europe generally ranged from 7 to 100. The trucks used to transport migrants were often in bad shape and used until they broke down or until the smugglers driving them were caught by police. From June 2015 the criminals started taking on migrants who had been placed in refugee reception centres. Migrants were charged 1,200-1,500 euros each to be smuggled from the Serbian border while a trip from Afghanistan to Germany would cost between 4,000 and 6,000 euros on average. The gang smuggled a total of 1,106 migrants, Boross revealed.