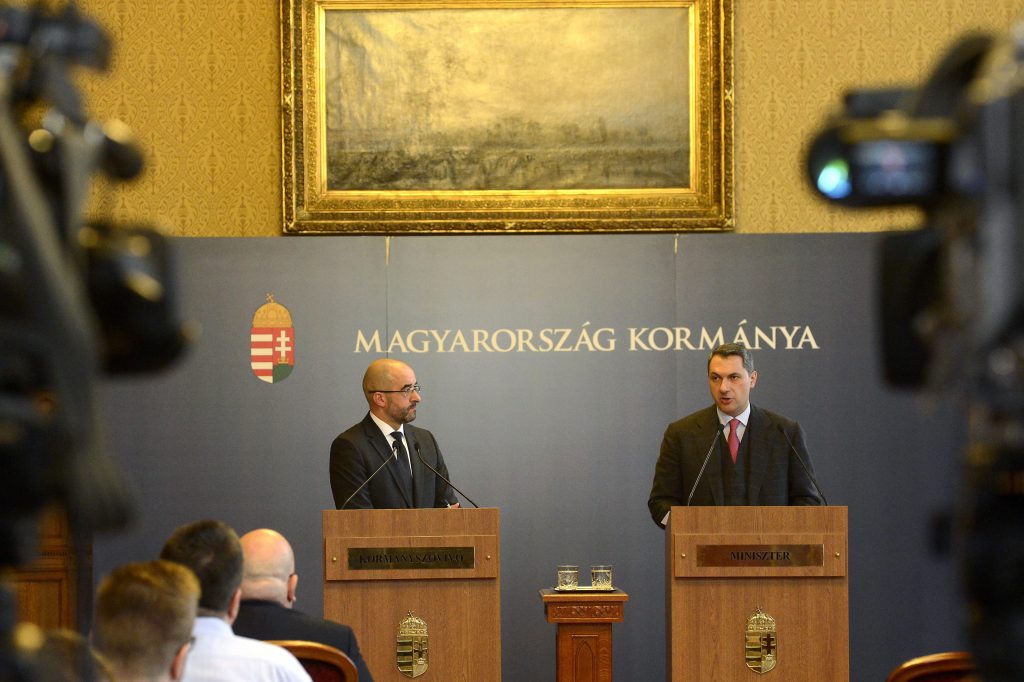 These included the state of the Hungarian economy, the government’s various disputes with the European Union, as well as Poland’s conflicts with the bloc, and the ongoing ‘National Consultation’ over the so-called “Soros Plan.”

Referring to the Orbán government’s earlier requests, Lázár said that Hungary stands by its position that the European Commission should contribute to the costs of the fence Hungary installed along its border with Serbia at the onset of the migration crisis.

He also noted that the EC had rejected Hungary’s request for the EU to finance half of the costs of the border fence.

Commissioner for migration and citizenship Dimitris Avramopoulos refused Hungary’s request for support for the operation and construction of the fence, saying the commission does not consider aid for the building of the fence or extra expenses related to migration to be justified.

Lázár said that the government was astonished by the Commission’s response, claiming that Hungary’s border seal and other fences had put a break on the illegal migration wave through the Balkans. The closure of the Balkan route has helped Europe to get a grip on the migration process, he argued, adding it was unworthy of the culture of European cooperation to deprive Hungary of the possibility of subsidies which the country had a right to.

Further, he said the commission operated double standards. Other countries such as Bulgaria received European support, even for the building of its fence. “We insist that the fence is the solution rather than organising migration,” he said.

Hungary stands by its position that the European Commission should contribute to the costs of the fence Hungary installed along its border with Serbia at the onset of the migration crisis, the PMO chief said. 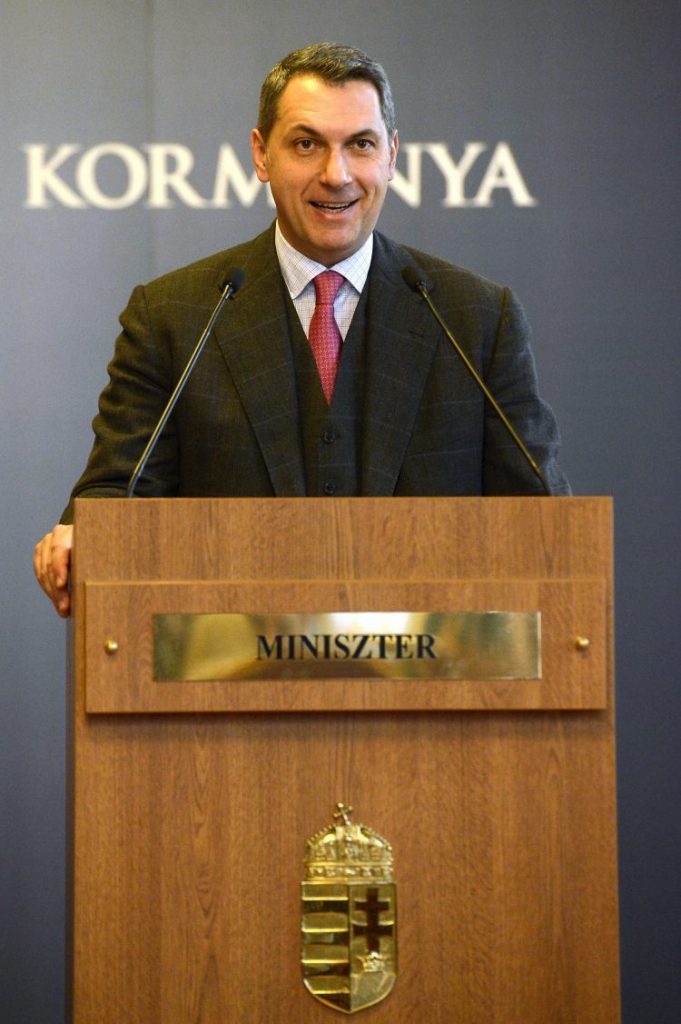 Turning to another EU conflict, Lázár claimed that the Hungarian government “will not tolerate” any action against Poland.

The party groups that form a majority in the European Parliament on Wednesday adopted a resolution on the rule of law in Poland, and started preparations for the invocation of Article 7 of the EU Treaty.

“Launching a procedure of this kind is out of the question,” Lázár said. The European Parliament has attacked Poland and Polish independence while stepping beyond and abusing its powers, he claimed, adding that “Budapest is prepared to take every possible step to help Warsaw.”

The European Parliament’s resolution was passed in large part due to international concerns over Poland’s proposed legislative changes to the judiciary. While the Polish government claims these reforms are necessary, critics argue that they will weaken judicial independence, and threaten democracy in Poland as a whole.

On the Hungarian Economy

Referring to a recent report by Economy Minister Mihály Varga, Lázár said: “Hungary is continuously doing better, economic growth is higher than the European Union average and we can expect significant growth over the remainder of the year as well.”

He noted that the government saw GDP growth in 2017 at 4 percent. He highlighted Hungary’s low rate of unemployment, and said that at around 4 percent it was the fourth lowest in the EU, while the ratio of the employed was also above the EU average (although some argue that these numbers provide a distorted vision of the country’s economy).

Lázár also touched on public debt reduction, saying that the government expects Hungary’s debt-to-GDP ratio to fall below 70 percent by 2019. He added that Hungary is now repaying those loans that “the Socialists had taken out between 2002-2010”.

Referring to the government’s “National Consultation” public survey on the so-called “Soros plan”, Lázár claimed that its questions were “unrelated to what origin [Hungarian-American billionaire] George Soros declares himself to be”. He insisted that the leftist parties, “promoting unbridled immigration” are constantly “attacking” Hungary in the EU and exerting pressure on European institutions.

“This is a political campaign against Hungary and its [ruling] Fidesz party,” he said.

According to the questionnaire, which is the latest salvo in the Orbán government’s ongoing attempts to portray  George Soros as the enemy of the Hungarian people, the financier has a secret ‘plan’ to bring in millions of refugees into the EU, to dismantle border fences, and to, in general, aid migrants at the expense of Europeans. The current campaign is the second in the past several months to feature Soros: over the summer, a government billboard campaign warning the public not “to let Soros have the last laugh” was plastered throughout the country, despite Jewish groups’ concerns over the billboards’ potential for stirring up anti-Semitic sentiment.

These accusations are based on various op-eds and essays that Soros has written. Despite the Hungarian government’s claims, however, a spokesmen for the influential billionaire have repeatedly dismissed the existence of such a plan in the first place; it should be noted, in addition, that the government’s ‘consultation’ questions notably cherry-pick from these statements, selecting and placing out of contexts comments made by the financier, who has in fact criticized the EU’s refugee quota system, in order to claim the existence of a “Soros plan.”

Likewise, Hungarian EU Commissioner Tibor Navracsics, who is himself a member of the ruling Fidesz Party, has described the Orbán government’s claims of a “Soros Plan” as being nothing more than “an element of the rhetoric of the upcoming [2018] election campaign.”

Lázár was asked about press reports that András Tállai, a lawmaker who is also head of the national tax authority, had negotiated lower fuel prices in his constituency in northern Hungary with national fuel and gas company MOL. In response, Lázár said the government had no control over the partially state-owned company’s prices.

Despite the accusations of cronyism and economic meddling that have accompanied news of Tállai’s actions, Lázár said that “Tállai complained that petrol was more expensive in Mezőkövesd than elsewhere”, adding that if he saw the same thing in his own constituency, he would ask retailers why that was the case. “Tállai did the right thing,” he said.