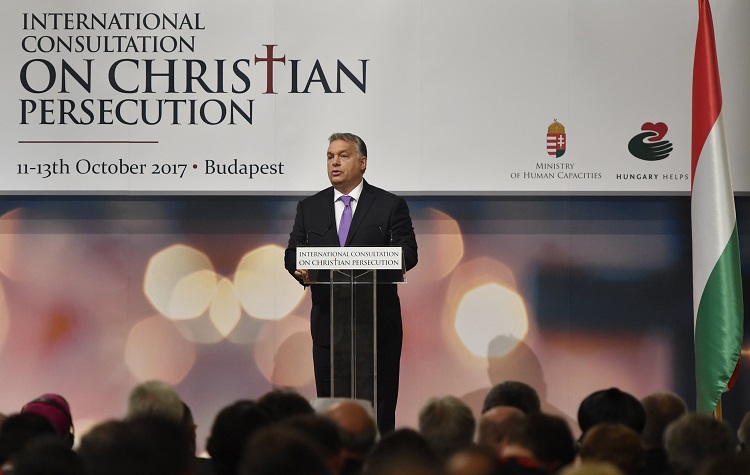 While Europe is pushing a migration policy which lets “radical Islam” into the European Union, Hungary believes in providing help at the point where it is needed rather than “bringing trouble over here”, the Hungarian Prime Minister told an international conference in Budapest on Thursday. 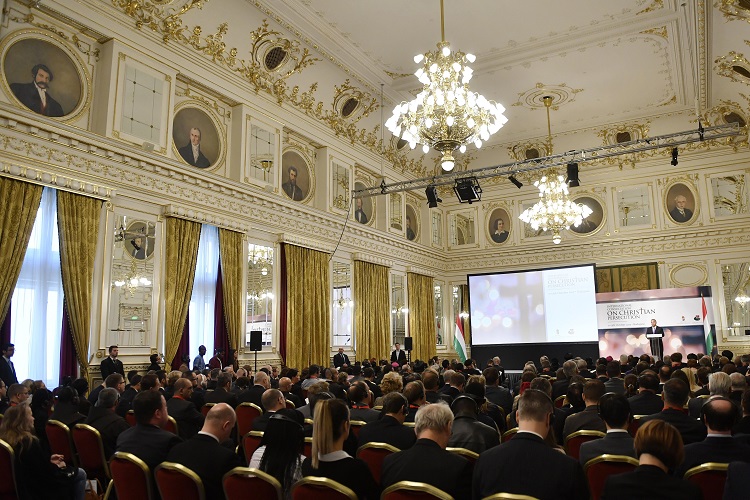 In his opening address to the conference focusing on the persecution of Christians, Viktor Orbán called Christianity the most persecuted religion throughout the world, arguing that some 215 million Christians in 108 countries face some form of persecution for their faiths. Four out of five people persecuted for their beliefs today are Christians, he said, adding that in Iraq in 2015, one Christian was killed because of their faith every five minutes. He said the world must find out about crimes that had been committed against Christians over the past years and must understand “that no less than the future of the European way of life and our identity are now at stake”, Orbán said. “We are doing what local Christian leaders say we should be doing; what the communities they lead value the most today: helping them return to their homelands,” he said. The best way to do this is to send resources directly to the churches of persecuted Christians, he added.

Viktor Orbán said that Europe’s liberal elite, however, wanted to create a mixed society in Europe “in the spirit of the Soros plan” which he said would completely alter the continent’s cultural and ethnic composition within a few generations. Meanwhile, Hungarians are doing “the exact opposite of what Europe is currently doing”, he said. Orbán also touched on what he called “the European persecution of Christians” which he said was “of an intellectual nature”, employing “sophisticated and refined methods” but was “bearable, despite being undoubtedly unfair, discriminative and at times painful…” It however cannot be compared to “the brutal and physical persecution” Christians in Africa and the Middle East face, he added. “The greatest threat we face today is the apathetic silence of the European elite that rejects its Christian roots,” Orbán said. “But the fate of Christians in the Middle East should remind Europe that what has happened over there can also happen to us, however inconceivable it may seem,” he added.

Hungary is helping persecuted Christians return to their homelands, Viktor Orbán said, adding that “We Hungarians want Syrian, Iraqi and Nigerian Christians to be able to return to the land their ancestors had occupied for thousands of years.” “This is Hungarian solidarity or the way ‘Hungary Helps’,” the prime minister said, referring to the Hungarian government’s recently launched humanitarian assistance programme.

He said that the reason why Hungary was taking the initiative on the issue of the persecution of Christians, was because though there were a number of well-intentioned and “true Christian” politicians in Europe, they did not have enough political weight to act in accordance with their beliefs. Orbán called on European politicians to “put aside politically correct rhetoric and caution based on human rights concerns” and do everything in their power to help persecuted Christians. The prime minister noted that Hungary established a deputy state secretariat for aiding persecuted Christians in 2016. In addition to helping rebuild the homes and churches of Christian communities in the Middle East, the Hungarian government, with help from the ecumenical charity organisation, is building community homes in Iraq, Syria and Lebanon, he added.

The Hungarian Premier also noted that his government had set up a special scholarship programme for young people from persecuted Christian families. Hungary is also working on establishing a university in the Middle East in collaboration with Budapest’s Pázmány Péter Catholic University. He said the government had allocated 580 million forints (EUR 1.9m) to helping rebuild damaged homes in Tesqopa in northern Iraq. In addition, Hungary is supporting the humanitarian activities of the Syriac Catholic Church and the Syriac Orthodox Church of Antioch, he said.