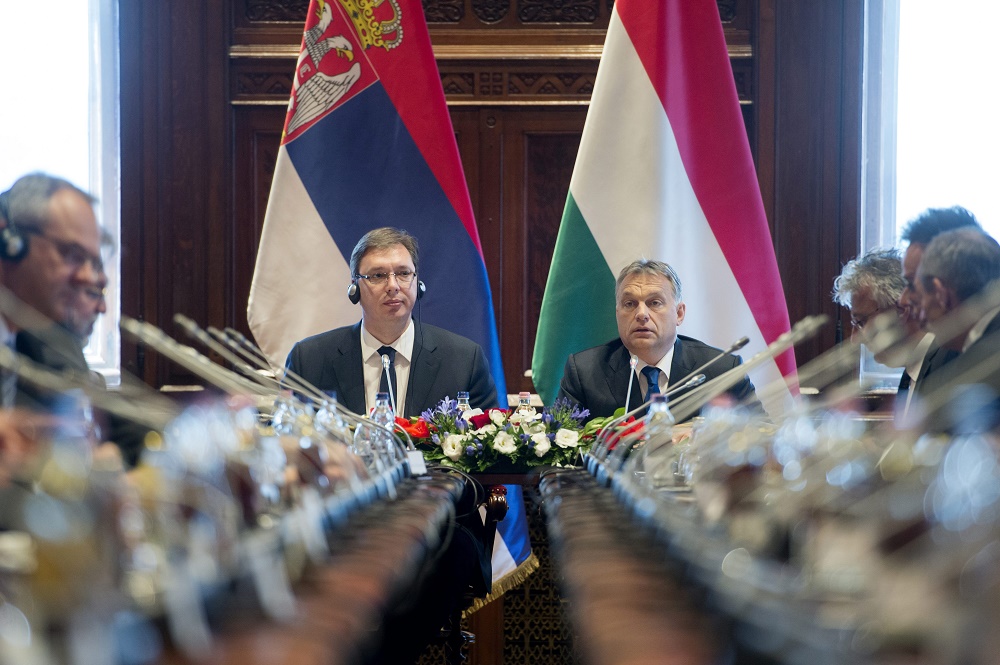 Energy issues including gas transports were among topics discussed at yesterday’s Hungary-Serbia intergovernmental meeting, PM Viktor Orbán said at a press conference after meeting his counterpart Aleksandar Vučić. The two Prime Ministers signed a letter of intent on developing infrastructure links between the two countries and a cooperation agreement on education, science and culture. They also signed a document on Hungary supporting Serbia’s EU integration.

PM Viktor Orbán told reporters it would be best to establish a strategic pipeline transporting gas to Hungary and Central Europe from Turkey through Serbia. This option would replace the Russian gas that will stop arriving through Ukraine by 2019, he said. Orbán added that while Hungary “must endure the harshest criticism for the slightest cooperation with Russia”, large western European companies sign agreements “without qualms” to ensure Russian gas supplies to western Europe.