Two Hungarian astrophotographers, Rafael Schmall and Bence Tóth were awarded at the 2020 Astronomy Photographer of the Year competition in their categories. The prestigious recognition was received by Hungarians for the second time, after László Francsics’ overall award last year.

Rafael Schmall has won the People and Space category with his photo ‘The Prison of Technology’ (on the featured photo). Schmall, the photographer of the Zselic Park of Stars (Csillagpark) won the award for his image depicting the movement of commercial satellites. When Schmall published his picture he was looking for the answer to the question that “now there are only one hundred and twenty satellites in the sky, but what if they succeed with the planned 50,000?”

Melanie Vandenbrouck, Curator of Art (post-1800) at Royal Museums Greenwich said about the picture that:

Sometimes beauty can reveal an unattractive truth. This picture is as aesthetically pleasing as it is shocking. How far must we go in our quest for ‘more’ before we realise how irretrievably we are altering our precious connection with our night sky?

While another member of the international jury, Steve Marsh, Art Editor at the BBC Sky at Night Magazine said about Schmall’s photo that “this picture is a stunning look at what our night skies may one day become.”

Another Hungarian astronomy photographer, Bence Tóth, was awarded the Sir Patrick Moore Prize for Best Newcomer award for his picture ‘Waves’. According to Steve Marsh, the photo “at this level of detail, shows true determination and incredible potential. The stars are pin-sharp and the wispy nebulous texture is perfectly processed.”

The prestigious Astronomy Photographer of the Year 2020 was organized for the twelfth time by the Royal Observatory of Greenwich. The competition showcases the world’s best space photography, from spectacular skyscapes to mind-blowing images of distant planets and galaxies. This year, it has attracted an astonishing 5,000 entries from 6 continents. The photos were awarded in 10 categories.

Last year, president of the Association of Hungarian Astrophotographers László Francsics has been named the overall winner of Insight Investment Astronomy Photographer of the Year 2019. His photo, ‘Into the Shadow’, depicts the 35 phases of the total lunar eclipse that occurred on 21 January 2019. This year, Francsics was one of the members of the international jury. 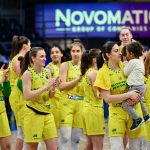