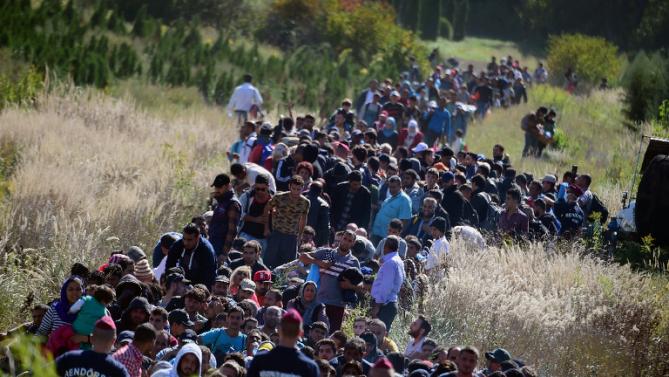 Hungary’s National Assembly has adopted a resolution put forward by the governing centre-right Fidesz-KDNP alliance which oliges the cabinet to turn to the European Court of Justice and initiate the repeal of EU legislation on the complulsory distribution of refugees according to compulsory quotas.

According to the document adopted by a majority of 151 MPs as opposed to 41 against and one abstention, the EU failed to grant national parliaments an opportunity to express their opinion and the adoption of the resolution breached procedural requirements.

The parliamentary resolution was adopted with support from the governing centre-right Fidesz-KDNP alliance, the radical nationalist Jobbik party and an independent, while lawmakers for the left-wing MSZP, DK, Együtt, the green LMP and PM, and the liberal MLP party voted against. The single abstention was registered by an independent MP, Zoltán Kész.

Speaking before the parliamentary vote, Minister of Justice László Trócsányi said that the lawsuit, to be launched by Hungary in December, could serve as a precedent to other member states’ legal action against the EU’s mandatory quota system.

The quota system, first proposed by the European Commission in May to distribute 120 000 refugees between EU member states based on various indicators, has been opposed by Hungary and several other member states from the very beginning. However, the plan was adopted by EU states’ interior ministers in late September with a qualified majority. Besides Hungary, Slovakia, the Czech Republic and Romania also voted against the quota system, while Finland abstained.

Yesterday, Lajos Kósa, leader of the governing Fidesz’s parliamentary group, announced that at least 460 000 Hungarian voters have signed the party’s petition against compulsory quotas to date.