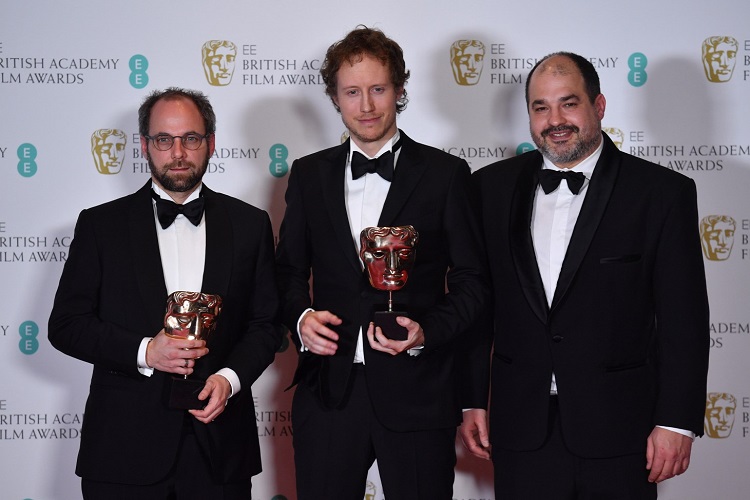 Almost one year after winning the Oscar for best foreign language film, Hungarian film Son of Saul has bagged another major award, bringing home the prize for Best Film not in the English Language at this year’s British Academy Film Awards, commonly known as the BAFTAs.

The awards, hosted annually by the British Academy of Film and Television Arts, honor British and international films. This year’s host was British comedian Stephen Fry.

Set in Auschwitz in 1944, “Son of Saul” tells the story of a Jewish inmate forced to escort his fellow prisoners to the gas chambers and help to dispose of their remains. In October 1944, Saul Ausländer is a Hungarian member of the Sonderkommando, a group of Jewish prisoners forced to lead other inmates in Auschwitz-Birkenau to their deaths and dispose of their bodies in the crematoriums. One day, Saul finds a young boy and, taking him for his son, tries to arrange for a proper Jewish funeral for him. The title role is played by Géza Röhrig, a Hungarian poet and rabbi-in-training who now lives in New York.

The BAFTA win is just the latest cinematic laurel cinched by Director László Nemes Jeles’ film. In addition to winning an Oscar, a Golden Globe, and numerous film festival prizes, Son of Saul has received continuous praise since its release; among others, the film was named best film of 2016 by timeout.com, and second-best film of the year by UK newspaper the Guardian.

Son of Saul is just the second Hungarian film to win (or in fact to even be nominated) for a foreign-language BAFTA; the first came in 1986, when Colonel Redl, directed by István Szabó (who had previously won an Oscar for his film Mephisto), received the award.

In terms of the other awards at this year’s BAFTA’s the night’s big winner was the American musical La La Land, which took home five awards, including Best Film. In addition to the night’s top prize, the film, starring Emma Stone and Ryan Gosling, also won prizes for Leading Actress, Director, Cinematography, and Original Music.

Via the Telegraph, the Guardian, BAFTA website, and origo.hu