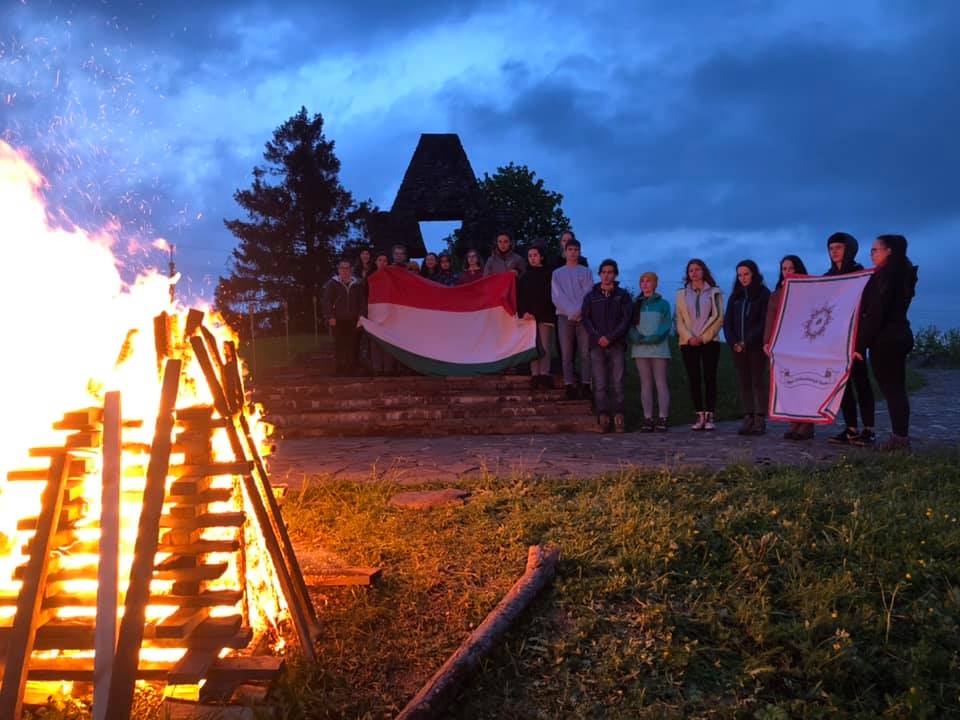 On the centenary of the Trianon Treaty, Hungarian organizations around the world held different kinds of remembrances and ceremonies, ranging from memory videos to lighting watchfires and large-scale events.

The Hungarian American Coalition (HAC) remembered the centenary in a statement in which they call the Trianon peace dictate a “brutal and unjust” treaty. American Hungarians are, however, “very proud” that through will and talent, the nation has overcome the difficulties of the last hundred years: Trianon, the period of World War II, and the 40 years of Soviet communist dictatorship, HAC leader Andrea Lauer Rice wrote. According to the HAC, these historical events, as well as the 1956 revolution, also contributed to the scattering of Hungarians throughout the world, as well as to the formation of the American Hungarian community of almost one and a half million people.

The president of the Hungarian-Turkish Friendship Society also sent wishes for the centenary. Quoting Kemal Atatürk, “the greatness of a nation isn’t measured by its geographical area but by the nobility and ideal of its heart.” Ismail Tosun also wrote that he shares the feelings with the Hungarian people on this sad anniversary.

The Hungarian Heritage Foundation of Southern California made a video with the contribution of the artists of the Csokonai Theatre of Debrecen and featuring many local and Canadian Hungarians.

And as of information received on June 4th , some 5,667 watchfires in 2,424 cities in 71 countries were lit through the Fire of Togetherness Program organized by the Transcarpathian Hungarian Scout Association and the Hungarian Scout Association Forum. It was aimed to “commemorate -everywhere in the world where Hungarians live- the 1,000-year-old Hungarian statehood, the 100-year-old Trianon Treaty, and the 10-year-old amendment to the Hungarian Citizenship Act, which introduced the simplified naturalization procedure for Hungarians living outside the present borders of Hungary in the Carpathian Basin and other parts of the world.”

Péter Szilágyi, the ministerial commissioner responsible for Hungarian communities abroad, added that thanks to the Kőrösi Csoma Sándor Program’s participants, in Latin-America, a continent-wide online commemoration has been organized. In Toronto, Canada, a four-day commemoration is taking place, culminating in the remembrance ceremony and the exhibition of a 100-meter-long Hungarian flag in the city’s Budapest Park.

Apart from this, a number of other ceremonies and events have been held in Canada. In 2020, the Embassy of Hungary in Ottawa, together with the Hungarian Diaspora Council, Canadian Hungarian organizations and the State Secretariat for National Policy kick-started the Tree of National Cohesion project, which led to the planting of a tree in the embassy’s yard. Many members of other Canadian Hungarian communities joined the commemoration, and trees have also been planted in, for example, Montreal, Toronto, Edmonton, Calgary, and Vancouver.

Canadian Hungarians also made a video in which local Hungarians are featured who are then greeted by the state secretary for Hungarian communities abroad, Árpád Potápi. This adds to a number of other recordings made by local parishes and schools.

In addition, in a memorandum, the Federation of Hungarian Associations and Organizations in Western Europe sided with the ensuring of the fundamental rights and equality of linguistic and cultural minorities. The memorandum, sent to all MEPs, calls on governments to protect the spirit of democratic pluralism and the linguistic and cultural diversity of  “our home” Europe, adding that likewise to the nations of the state, minorities should enjoy full political, legal, social, and cultural equality.