Hungarian Opposition to Unite Against Fidesz in Municipal Elections 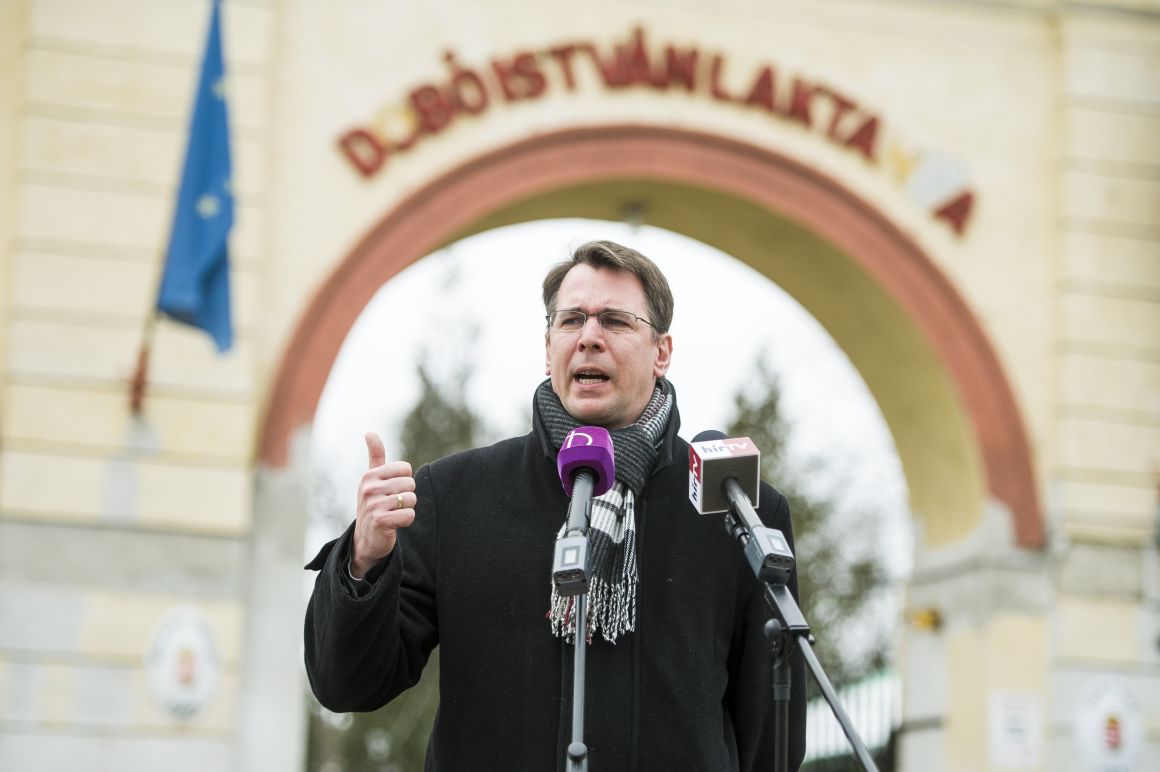 A long-sought dream of anti-Fidesz opinion leaders seems to be on the verge of coming true: the opposition parties have managed to integrate the entire spectrum of non-Fidesz political actors into three important municipalities seven months prior to the local elections. However, the electorate’s reaction to this so-called “rainbow coalition” is yet to be seen.

The Hungarian party system has radically changed since Fidesz came to power with a landslide victory in 2010. Along with constitutional reform, the government has also altered Hungary’s electoral system. The previous proportional voting system was replaced by a majority voting system with the winner taking all.

Officially, the changes were made to ensure that the government would always have a stable majority in the Parliament. But critics have accused the government of gerrymandering, making the system work only in Fidesz’s favor.

The new policy was meant to produce a two-party system; the opposition parties didn’t intend to merge into one big anti-Fidesz coalition. There were several attempts to do so throughout the years, but they failed due to personal and ideological differences. For example, Jobbik (which was a far-right formation a few years ago) was unacceptable to many liberal and leftist voters. Despite moving steadily closer to the center, the party feared that if it had joined a coalition with the dreadfully unpopular ex-PM Ferenc Gyurcsány (a post-communist, liberal politician), it would have lost more votes than it would have won. On the other hand, Ferenc Gyurcsány had and still has a stable seven percent supporter base. Without them, there is no chance of beating Fidesz, the most popular party by far. This is quite literally a catch-22 situation for the opposition.

The opposition has seemingly overcome its fears and reservations: Ádám Mirkóczki, Jobbik’s parliamentary representative, will run for mayor as a joint opposition candidate (MSZP, Jobbik, DK, LMP and Momentum) in Eger.

Mirkóczki will not represent Jobbik, but a newly-registered organization called Egységben a Városért Egyesület (Unity of the City Association). The opposition has succeeded in negotiating with the candidates from every municipal district; therefore, there will be no competition between them in the city.

The plan is almost the same in Szombathely. In January, MSZP, DK, LMP and Momentum announced that they agreed to create a coalition for municipal elections in the autumn. Jobbik and satirical Kétfakú Kutyapárt (Hungarian Two-tailed Dog Party) also support the opposition’s co-operation.

A by-election was held in the city in October and the opposition candidate was able to gain a significant majority. Gyula László, the Éljen Szombathely! candidate,  received 927 votes. Meanwhile, Melega Mikles, who ran under Fidesz-KDNP, amassed just 696 votes.

But according to HVG, the opposition parties reached an agreement in Miskolc, too: only one single opposition candidate will run against Fidesz in autumn’s election.

It seems that necessity knows no bounds and that the opposition parties are finally willing to compromise in order to accomplish a common goal: defeating Fidesz. But, the question remains whether or not their voters are also ready to swallow a bitter pill and vote for candidates of other parties with whom they don’t fully agree.

On the featured Image: Ádám Mirkóczki holds a press conference in front of the entrance of Dobó István Barracks in Eger. Photo by Péter Komka /MTI