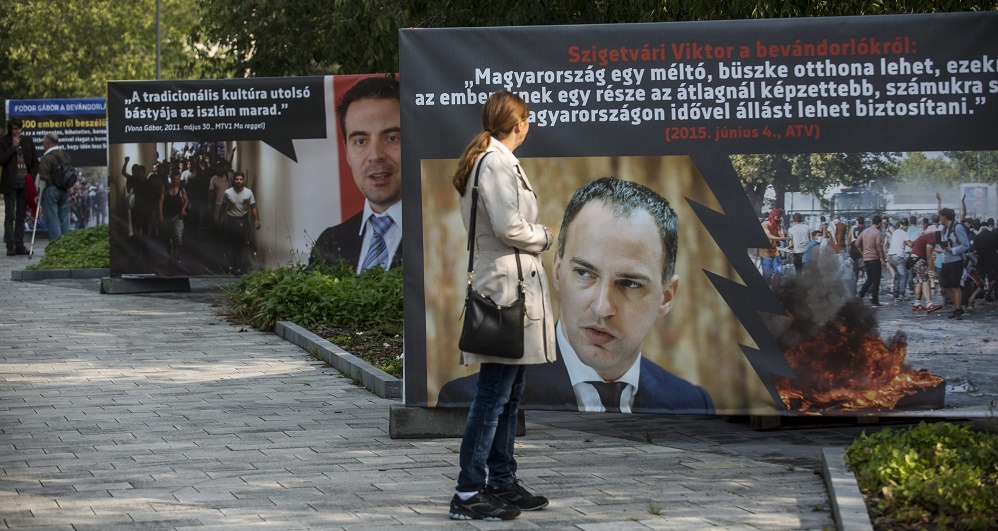 The pro-government Civil Unity Forum (CÖF) has opened an open-air poster exhibition about opposition politicians’ remarks on migrants. The posters on display near MPs’ offices at Budapest’s Olimpia Park are aimed to contrast opposition statements with the “reality” about migrants, CÖF founder László Csizmadia said. 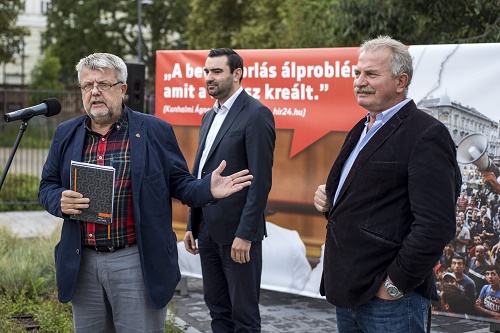 Next to the photos and citations by Socialist, Democratic Coalition (DK) and Jobbik politicians, the posters show images of migrants shouting and pelting stones. He said at the opening event that as many as 300,000 migrants entered Hungary illegally, with the help of human smugglers, this year. “If European leaders fail to act in time, Europe as we know it today will disappear, along with European Christian civilisation,” he said. Additional dangers include civil wars and the heightened threat of terror attacks. No business or economic interests could justify the violation of Schengen borders and the EU’s common legal system, he added. The exploitation of workforce that grew up in a different culture could only be beneficial temporarily, he said.

The Socialists (MSZP) responded to the exhibition saying that migration was a “pseudo-problem” and the subject of fear mongering created by Fidesz and “the political prostitute known as CÖF” to divert attention from real problems caused by the Orbán government. They said migrants who have entered Hungary all came intending to simply pass through. Left-wing Együtt (Together) party leader Viktor Szigetvári said CÖF’s quotes attributed to him are true: he had said earlier that many of the migrants are skilled and the Hungarian economy is in need of at least 15,000 skilled workers. He said his party still supports mandatory refugee quotas and demands that the government implement a new migration policy.

Ádám Mirkóczki, spokesman of radical nationalist Jobbik, said in response to the exhibition that CÖF’s display was “incomplete” and suggested that two quotes from Prime Minister Viktor Orbán should be added. Mirkóczki referred to a joint press conference by Egyptian President Abdel Fatah al-Sisi and the Hungarian leader, at which the latter voiced his appreciation for Islam, a “major intellectual and spiritual achievement”. Mirkóczki also noted an interview in which Orbán said that “I hold Islam in great esteem; without Muslim philosophy one part of the world would have long fallen victim to barbarism”.