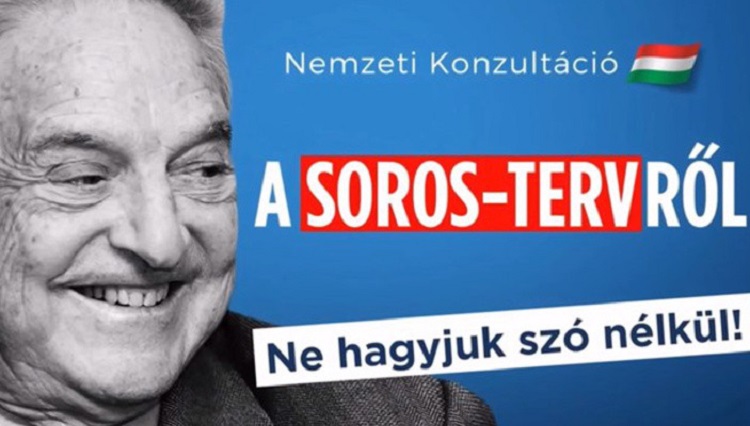 Several of Hungary’s opposition parties have questioned the Fidesz-KDNP government’s claims regarding the number of responses to the controversial “National Consultation” survey on the so-called “Soros plan.”

Earlier this week, Csaba Dömötör, a parliamentary state secretary at the prime minister’s office (PMO), claimed that the government had received a record 1.7 million responses to the nationwide public survey on the so-called Soros plan. On Thursday, in response to a Fidesz request, the Government Information Centre announced that the deadline for responding to the survey would be extended by one week so that “everyone would have a chance to voice their opinions on the European Union’s migrant relocation scheme.”

But while Fidesz began to trumpet the “record” responses to its survey, Hungary’s opposition parties called foul. In particular, the fact that the “National Consultation” can be filled out online, without the need to provide any form of identification or verification, has led to criticism that the form could effectively be filled out repeatedly by one person (this can be confirmed by a quick trip to the site, where one can effectively type in any random series of letters for one’s name and email, and still be able to send a response to the “Soros plan”).

Green opposition LMP said in a statement that “the rigged ‘consultation’ is not only an insult to those who have sent back the questionnaire, but it takes everyone for fools with its lies.”

In addition, last week LMP co-leaders Bernadett Szél and Ákos Hadházy were allowed to physically view the returned “National Consultation” questionnaires, following repeated requests. Following their visit, to which reporters and photographers were not allowed, Hadházy announced that, based on what he had seen, he is

99% certain that the government’s official number is a lie, and that there have not been 1.7 million forms returned.

The LMP politician based his claims on the fact that workers at the processing office said that there were no official records of the processed forms. In addition, Hadházy recorded an interview with another worker, who essentially admitted that there were nowhere near 1.7 million physical forms, and claimed that the rest must have been submitted online. You can view a video of this conversation, in Hungarian, below, as it appeared on news channel Hír TV:

On top of this, while the government later published a photo with a stack of boxes on the wall in an effort to disprove Hadházy’s claims, the LMP politician responded by pointing out that he had been specifically told that these boxes were, in fact, empty. 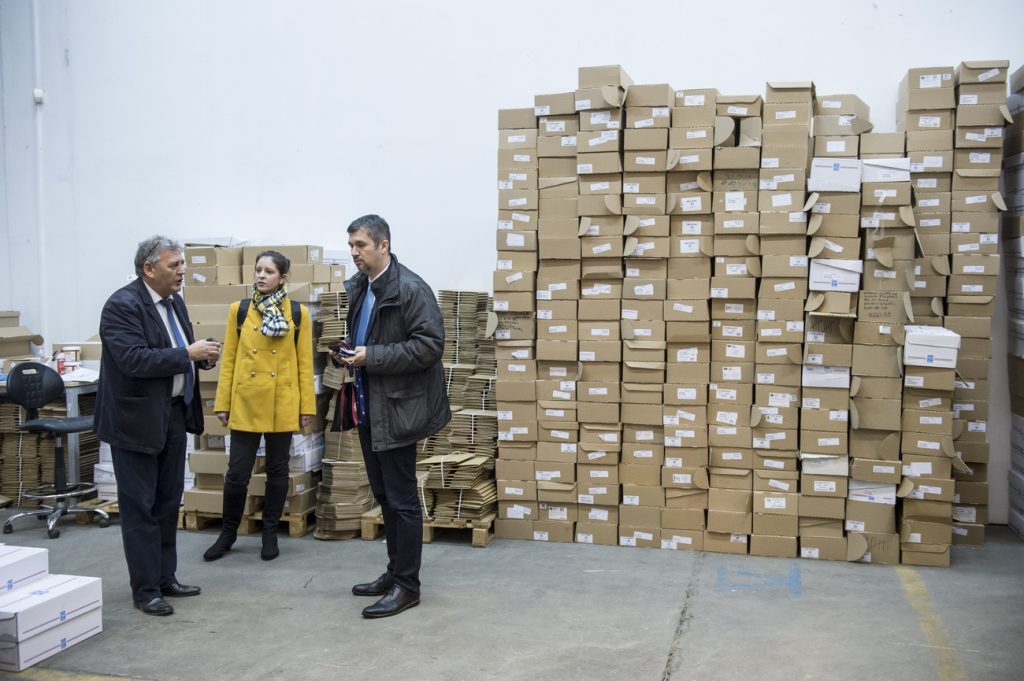 LMP co-leaders  Bernadett Szél and Ákos Hadházy visiting the processing center for the ‘National Consultation’ surveys on the so-called “Soros plan.” Although this photo, taken by a government photographer, shows a number of boxes on the wall, Hadházy claims he had been specifically told that they were all empty (Photo: kormany.hu)

In a statement released on Saturday, the far-right Jobbik party said that “Fidesz got caught: it has been revealed for the umpteenth time that anyone can respond to the national consultation online as many times as they want using fake names and details.”

The party insisted that while the government was saying that it has received close to 2 million responses, “the administrator handling the surveys doesn’t even know of 1 million”. The party branded the campaign as a “complete failure” and said it was understandable why Fidesz “is resorting to increasingly nefarious and pathetic methods in its fight against Jobbik”.

The far-right group, which has moved toward the center over the past several years, added that

We also understand that the real data have to be kept secret from [Prime Minister] Viktor Orbán – as is often the case with dictators – so that his prospective fury does not result in a rolling of heads…But even the prime minister has to accept that the people cannot be lied to and taking them for fools is strictly prohibited.

Együtt board leader Viktor Szigetvári said he would submit a public data request to the PM’s office, the Hungarian postal service and the interior ministry to find out the exact number of questionnaires that have been returned by mail. He insisted that it was

very likely that the government propaganda machine is lying about the number of questionnaires that have been sent back.

Fidesz responded by claiming that the opposition parties had launched a “coordinated attack” against the survey because “they want to keep Hungarians from expressing their opinions on the plan to relocate migrants” to Hungary.

“The very same opposition that used to deny migration and the mandatory quota scheme … is now trying to thwart the national consultation,” Fidesz said in a statement. They said the opposition’s “outrageous operations and statements” were “just further reasons for Hungarians to have their voices heard regarding the Soros plan”.

In addition, the Government Information Centre said it was taking legal action against Hadházy over what it described as the LMP leader’s “deliberate lies” regarding responses to the “Soros plan” survey.

In a statement, the Information Centre said the government had received a record 1,754,128 responses to its “National Consultation” survey. The National Infocommunication Service (NISZ) has so far opened and reviewed 599,500 survey responses while IT and asset management firm Kopint-Datorg has reviewed 489,265, it said. In addition, the government has received 155,330 responses online.

The centre accused Hadházy of deliberately conflating the number of surveys that have been sent back with those that have been reviewed. NISZ and its subsidiary Kopint-Datorg have so far only reviewed a portion of the responses, they added.

“It is scandalous that LMP is resorting to lies to try to prevent Hungarians from expressing their opinions on the [migrant] relocation plans. This is especially outrageous given how the party supports the extremely dangerous quota scheme in Brussels,” the statement said.

planning in advance to lie in order to derail the Consultation.

As we have previously reported, the ‘national consultation’ itself, which is being promoted through a widespread state billboard and television campaign under the aegis of “Government Information”, claims a so-called “Soros plan” exists, and calls on Hungarians to express their opinions on it.

According to the questionnaire, which is the latest salvo in the Orbán government’s ongoing attempts to portray  George Soros as the enemy of the Hungarian people, the financier has a secret ‘plan’ to bring in millions of refugees into the EU, to dismantle border fences, and to, in general, aid migrants at the expense of Europeans. The current campaign is the second in the past several months to feature Soros: over the summer, a government billboard campaign warning the public not “to let Soros have the last laugh” was plastered throughout the country, despite Jewish groups’ concerns over the billboards’ potential for stirring up anti-Semitic sentiment.

These accusations are based on various op-eds and essays that Soros has written. Despite the Hungarian government’s claims, however, the influential billionaire has himself published a point by point refutation of the claims made in the survey, which he described as containing

Likewise, Hungarian EU Commissioner Tibor Navracsics, who is himself a member of the ruling Fidesz Party, has described the Orbán government’s claims of a “Soros Plan” as being nothing more than “an element of the rhetoric of the upcoming [2018] election campaign.”

Images via kormany.hu and estiujsag.hu