A Hungarian studio, Digic Pictures, took home an Annie Award on January 25th, preceding the biggest names of the industry in the Best FX for TV/Media category for the Secret War episode of Netflix’s Love, Death and Robots.

Although at the Annie Awards, the most prestigious event in the animation industry, Studio Blur won the prize, who put together the production for Netflix, but ‘Love, Death and Robots’ is an anthology series with independent episodes, and the ‘Secret War’ episode, recognized at the event, was produced by a Hungarian team.

The team consists of Viktor Németh, Szabolcs Illés, Ádám Sipos, and Vladimir Zhovna. They competed with big Hollywood titles in the category, including ‘How to Train Your Dragon: Homecoming,’ and the Star Wars Universe’s animated series, ‘Star Wars: Galaxy of Adventures.’

Digic primarily makes trailers, teasers, introductions and previews for video games, and their works have been featured in ‘Call of Duty WWII,’ ‘Witcher 3,’ and ‘League of Legends.’ 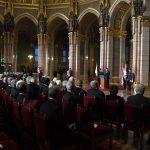 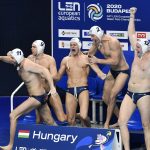