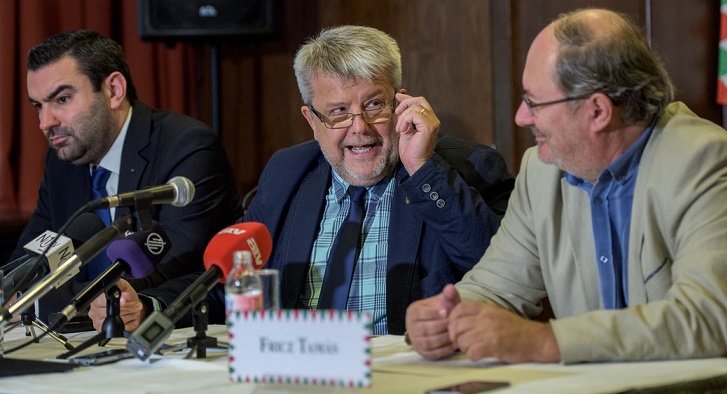 A pro-government umbrella organisation of Hungarian civil society groups has called upon all governments of European Union member states to enable their citizens to express their opinion on mass immigration through holding a referendum of a Hungarian-style “national consultation” questionnaire.

“It is clear that the overwhelming majority of European Union citizens wants to stop migration and disagrees with the position of the EU’s leadership”, political scientist Tamás Fricz said at a press conference held yesterday by the Forum of Civil Cooperation (CÖF). “There are two standpoints in the European Union”, Mr. Fricz said. “According to the first – the left-wing, liberal standpoint which is representing by the EU’s leading elite – migration is a great opportunity that is able to solve demographic problems, it draws in new blood and qualified employees”, he explained. However, the other position argues that this mass of migrants is a threat to European culture and, in the long run, to Europe’s existence”, Mr. Fricz said. 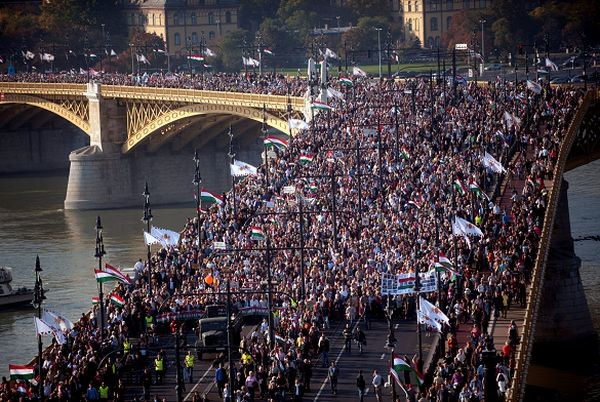 Because the majority of EU citizens are of the latter opinion, the organisation is writing a letter to the Prime Ministers of all EU member states to enable their citizens to express opinion on the issue in this “situation of crisis”, in the form of either a referendum or a Hungarian-style national consultation. Mr. Fricz went on to accuse “international background powers” of the “pre-planned invasion” and claimed that the United States started wars in the Middle East because it could not bear the sight of a strengthening Europe cooperating with an also strong Asia.

Also speaking at the press conference, CÖF chairman László Csizmadia said that the mass immigration of people from Syria and Afghanistan may even result in “more minor types of autonomy” being established in certain countries, because Islam is characterised much more by proselysation than by integration. This gives ground to the danger of Islamisation, Mr. Csizmadia argued.

The organisation, which is credited with organising several demonstrations in support of the Hungarian government that attracted hundreds of thousands of people each, has also announced that it is taking part in an open-door consultation on the migrant crisis held by the European Commission.