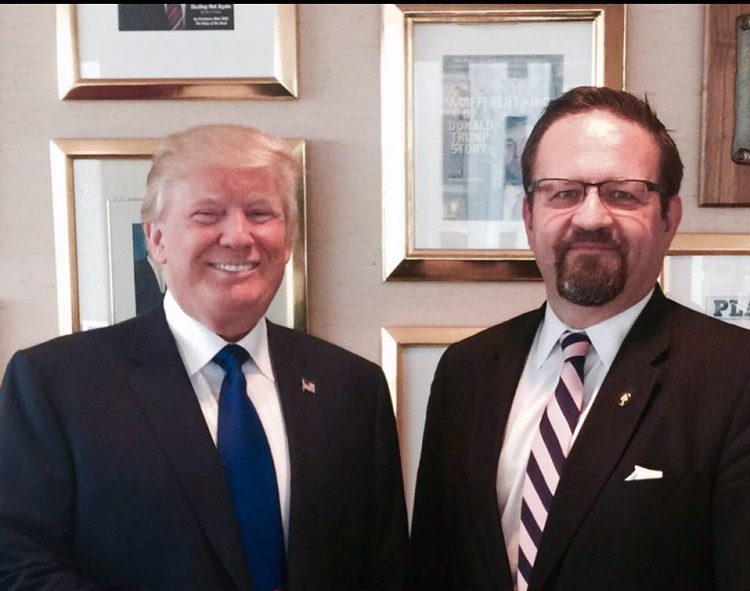 He is a national security expert who has served as a Fox News contributor and national security editor for far-right news site Breitbart. He was also charged with a weapons offense last year for attempting to bring a gun onto an airplane.

Mr. Gorka, who was born in London to parents who had fled the Hungarian Revolution of 1956, has also in the past served as an advisor to Hungarian Prime Minister Viktor Orbán. He also worked at the Hungarian Ministry of Defense during the Prime Ministry of József Antall, Hungary’s first PM following the end of Communism.

I guess the radio silence is over. Congratulations to all of who guessed right! And thank you so much for all your kind expressions of congratulations. As of January 20 2017 I am working in the new Administration of President Donald J. Trump as a Deputy Assistant to the President. The United States IS the greatest nation on God’s Earth. Only in America. God Bless our new Commander-in-Chief. God Bless America!

The quote was accompanied by the following photo: 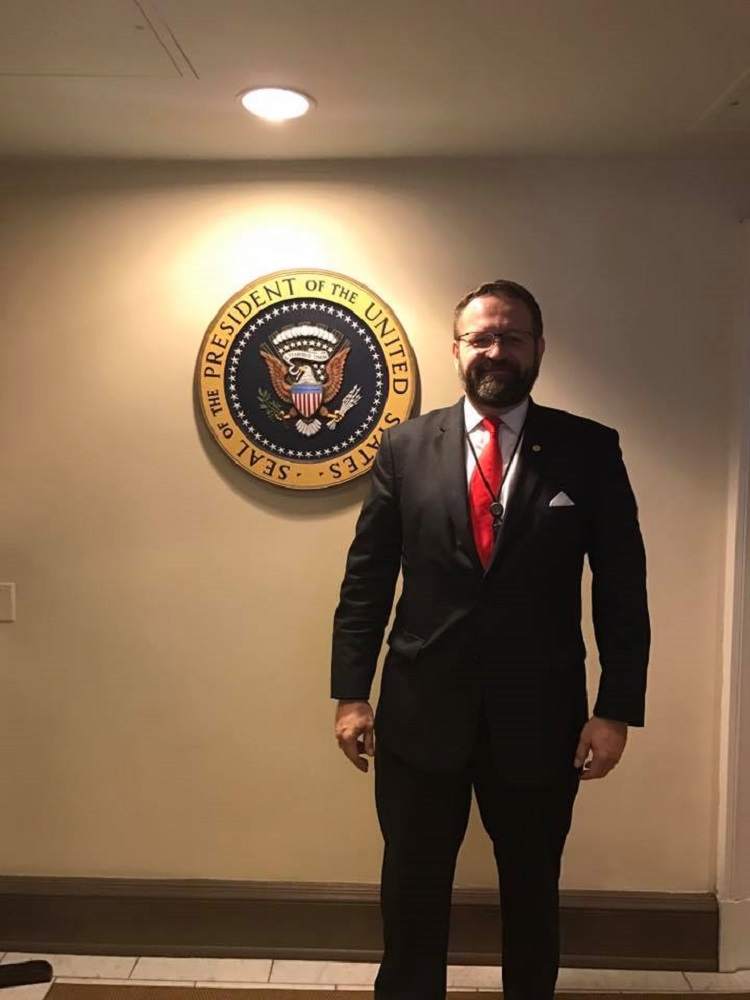 In fact, since his announcement yesterday Mr. Gorka has been quite busy in his new official position; he appeared on US news channel Fox News defending Donald Trump’s recent, controversial ‘Muslim ban,’ which prevents entry to the United States by citizens from 7 majority-Muslim countries.

The move, which Mr. Gorka defended on Fox News as necessary to “protect this Nation,” has been met with protests across the US, as well as legal action. Responding to press coverage of President Trump’s recent ‘ban,’ Mr. Gorka claimed that members of the press are “just the chattering classes…It’s all about ideology and not national security.”

Parts of the plan Mr. Gorka was defending have already been brought to court as being unconstitutional. The plan has also been described as a violation of international law by the human rights chief of the United Nations, who said in a statement that “discrimination on nationality alone is forbidden under human rights law,” according to British newspaper the Independent.

Mr. Gorka entered Hungarian public life following the 9/11 terror attacks in 2001, when he appeared multiple times on Hungarian television as a security expert.

Following a break with Orbán and Fidesz in 2006, Gorka briefly attempted to establish his own alternative right-wing party in Hungary, called the New Democratic Coalition (Új Demokratikus Koalíció), but without much success. In an interview with Hungarian newspaper Magyar Nemzet, Gorka said that he currently has no political relationships or consulting roles in Hungary, “only personal relationships.”

Speaking of Hungarian and the Orbán government, Gorka has said that, after years of dancing between Russia and NATO, Hungary has to decide “if it will follow the Western and Western European system of values, or not,” and added that “this cannot be put off forever.”

In addition to his activities in Hungary, Gorka, who holds a PhD in political science, has taught at Georgetown University, and has served as an advisor to the US Military and the Department of Defense.

Gorka has written for Breitbart since early 2014, and in addition wrote for the Hungarian weekly magazine Heti Válasz in 2005. He is the author of a New York Times best-selling book, entitled Defeating Jihad. He has also written policy papers for Trump and was paid by Trump’s campaign for ‘policy consulting.’

According to the Washington Post, in early 2016 Gorka was charged with a weapons offense after attempting to bring a 9mm handgun onto an airplane at DC’s Reagan National Airport. Transportation Security Administration (TSA) officials said that the gun was detected and confiscated.