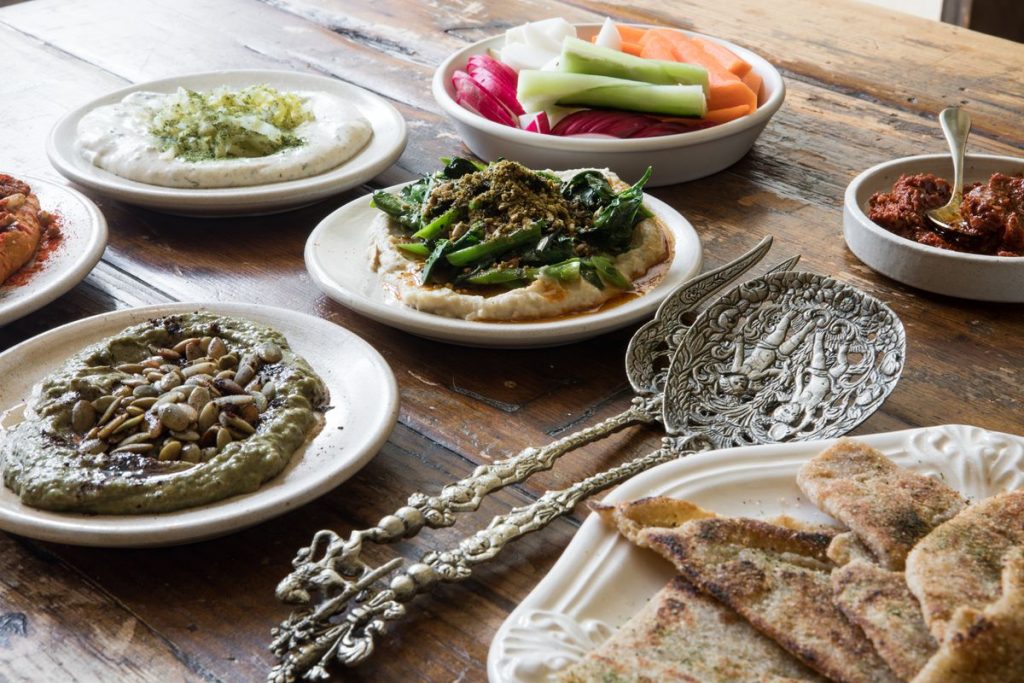 A Hungarian-themed restaurant focusing on the Lángos-like ‘Smokebread‘ has opened in downtown San Francisco. The owners have long been influenced by the Central European cuisine.

Nick Balla, who reportedly has Hungarian roots, and Cortney Burns have long been experimenting with different cuisines of the world, working specifically with Asian and Central-European influences while using local ingredients. They utilized this technique in their previous restaurants ‘Motze’ and ‘Duna’ (Danube in Hungarian). It’s hard to compare the restaurant’s specialty with any Hungarian dish, including Lángos (fried dough). As you can see below, it’s a mixture of everything. While the dough is fried, it is potato-based and serves as a dipper for so-called spoon salads.

SMOKEBREAD by Duna We put stuff on flatbread (riff on built langos) spoon salads, Central European mezze (why not) Our last experiment at 983 Valencia. It’ll be good, starts 4/11

Balla says Smokebread will launch with a short menu of salads – called “spoon salads” – including “Duna salad” which is consists of red wine vinaigrette with salami and a salad dubbed ‘Sofia’ with add-ons like flatbread.  Also, the sausage and lentil stew potentially have some Hungarian roots as well.