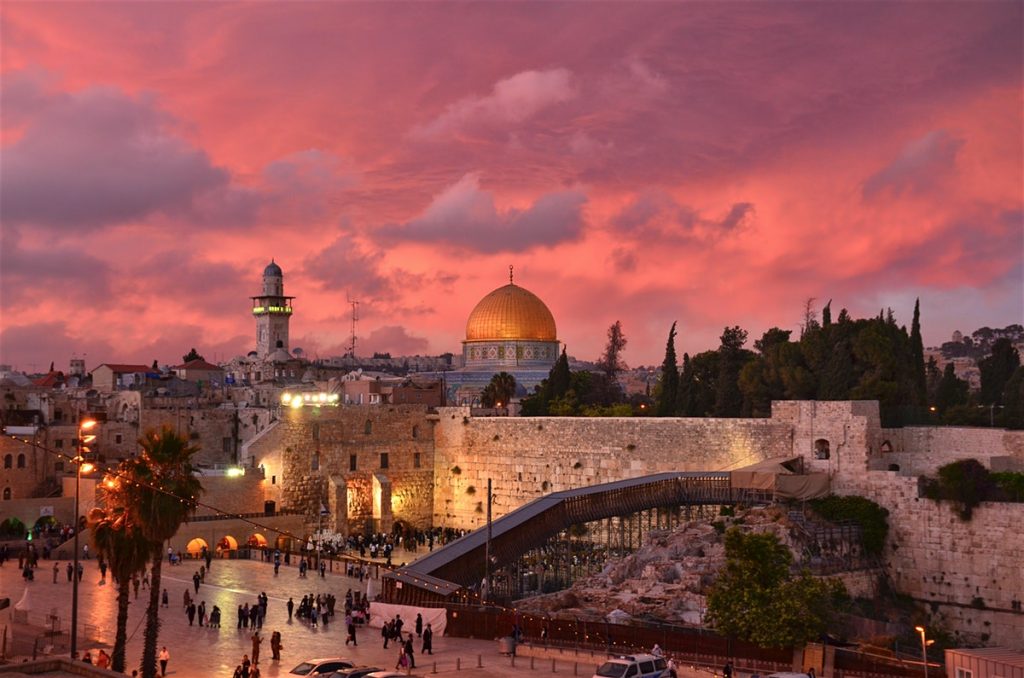 In a statement, the Federation of Jewish Communities in Hungary (Mazsihisz) reacted to news of US President Donald Trump’s decision to formally recognize Jerusalem as the capital of Israel, saying that it hopes the city can become “a capital of religious peace” for every community.

In a press conference at the White House yesterday, Trump said

Today we finally acknowledge the obvious: that Jerusalem is Israel’s capital.

In addition to moving to recognize Jerusalem’s status as the capital of Israel, President Trump also set into motion plans to move the US Embassy from Tel Aviv (where all embassies are currently based) to Jerusalem.

The press release, released late Wednesday, was issued jointly by Mazsihisz president András Heisler and chief rabbi Róbert Frolich. In it, the two leaders noted that ‘Jerusalem has always been at the heart of the world’s Jewish community.’

They added that the Jewish community

had been praying for the city for thousands of years, since the destruction of its two temples,

and will continue to do so following Donald Trump’s announcement.

Mazsihisz’s official statement also made note of Israeli PM Benjamin Netanyahu and Hungarian Premier Viktor Orbán’s visit to Budapest’s Dohány Street Synagogue in July of this year. During that visit, both leaders expressed hope that Hungary would recognise Jerusalem as the capital of Israel, ‘a city that is home to the three main monotheistic religions.’

If the Hungarian Jewish Federation’s statement stopped well short of a full-throated endorsement of Trump’s move, and in fact included comments about ‘continuing’ to pray for the wellbeing of Jerusalem, it is unlikely that this was accidental. In fact, the announcement has proven to be controversial worldwide, due to fears that it might trigger violence in both Israel and the Middle East as a whole (protests have already broken out in the Palestinian West Bank).

Overall, the international community has reacted negatively to Trump’s decision. With the exception of Israel itself, where PM Netanyahu called on other countries to follow America’s example, many of Israel’s western allies expressed their dismay and disappointment in the US.

The European expressed its ‘serious concerns,’ while in Russia the Kremlin declared that Trump was “playing with fire.” Major European powers such as the UK, Germany, France, and Italy all reacted with a decided lack of enthusiasm, although the degree of condemnation varied. In addition, Arab countries throughout the Middle East, as well as Muslim-majority countries around the world, condemned the declaration forcefully as a threat to regional stability and an attack on the Palestinian people.

In addition, Jewish groups in the United States have been extremely divided by the issue. As NPR reports, while the majority welcomed Trump’s decision as a step “towards ending a longstanding, senseless anomaly”, other groups said that, without a comprehensive peace plan, they

cannot support the president’s decision to move the embassy now.

Home to some of the holiest sites of Judaism, Christianity, and Islam, the status of Jerusalem has long been a complicated, disputed one. As The Atlantic points out, the city was originally partitioned at the creation of Israel, with ‘East Jerusalem’ allotted to a prospective future Palestinian state. Over time, however (and particularly since the Six-Day War of 1967), Israel has slowly, but steadily, encroached on the Eastern half of Jerusalem, constructing Jewish residential neighborhoods that are “not recognized by any country to this day.” Even in his official announcement, President Trump himself remained vague on how much of Jerusalem the US would be recognizing as the capital of Israel, saying that his government was

not taking a position on any final status issues, including the specific boundaries of the Israeli sovereignty in Jerusalem or the resolution of contested borders. Those questions are up to the parties involved.

Despite international, and EU, expressions of concern and disapproval over the Trump administration’s decision, Hungary’s government has apparently been more supportive of the plan. According to the Times of Israel, the Orbán government blocked an EU statement that would have condemned Trump’s decision. For this reason, the Israeli government reportedly believes that Hungary is also preparing to recognize Jerusalem as the country’s capital.

Nor was Hungary the only Central European country to express support for Israel’s position on Jerusalem. In a statement, the Czech Republic stated that it “recognizes Jerusalem to be in fact the capital of Israel in the borders of the demarcation line from 1967.” It added, however, that it recognizes Jerusalem to be the future capital of an independent Palestine as well, and that the Czech embassy would be moved from Tel Aviv to Jerusalem

only based on results of negotiations with key partners in the region and in the world.

Via MTI, Index, the New York Times, the Atlantic, National Review, CNN, BBC, and the Times of Israel