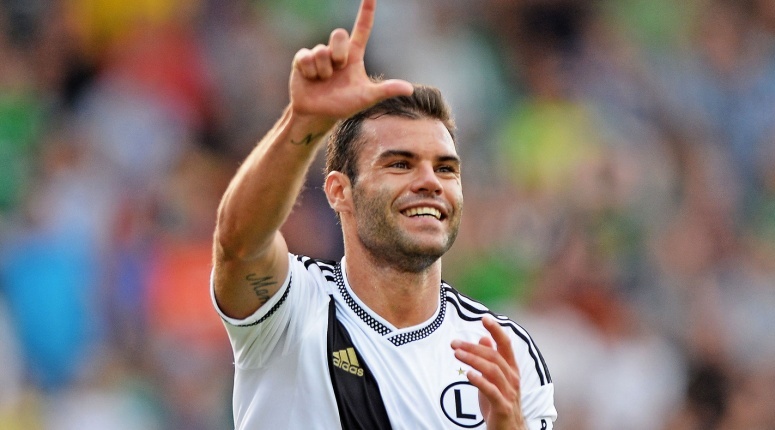 Legia Warszawa’s Nemanja Nikolics has been named the best football player in Poland in the year of 2015, Hungarian soccer portal nb1.hu reported. Nikolics, who has won 16 caps for Hungary’ national team, was awarded by the Association Of Polish Professional Football Players (PZP) after most of the members voted for the Hungarian forward. Nikolics is also expected to become this season’s top scorer in Poland as he is leading the list of most productive strikers with 21 goals scored in the country’s first division (Ekstraklasa). 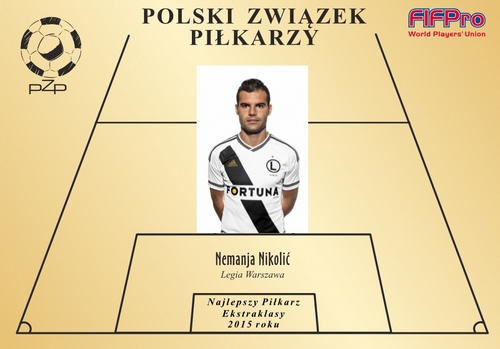 “I had a very good year in 2015. In Hungary, I was champion and top-scorer and now I play for a big club in Poland. I am very much inspired by the prospect of playing in the Champions League next season. When I arrived here, I just hoped for a quick integration, but now I’m glad it went smoothly”, said Nikolics adding that “it is wonderful that I’m recognized not only by my own teammates but also by the players of the rival clubs”.

Nemanja Nikolics was born in 1987 in the town of Zenta (Сента/Senta) in Serbia to a Hungarian mother and a Serbian father. Growing up in a bilingual community, he finally chose to represent the Hungarian national team. Nikolics started his footballing career in Hungary with Kaposvári Rákóczi FC in 2008 but two years later he was signed by title-contender Videoton FC. Scoring 87 goals in 149 appearances for the red-blue team, Nikolics won the Hungarian league two times (2011 and 2015). In June 2015, Nikolics joined Polish club Legia Warsaw and scored twice on his debut against Śląsk Wrocław.