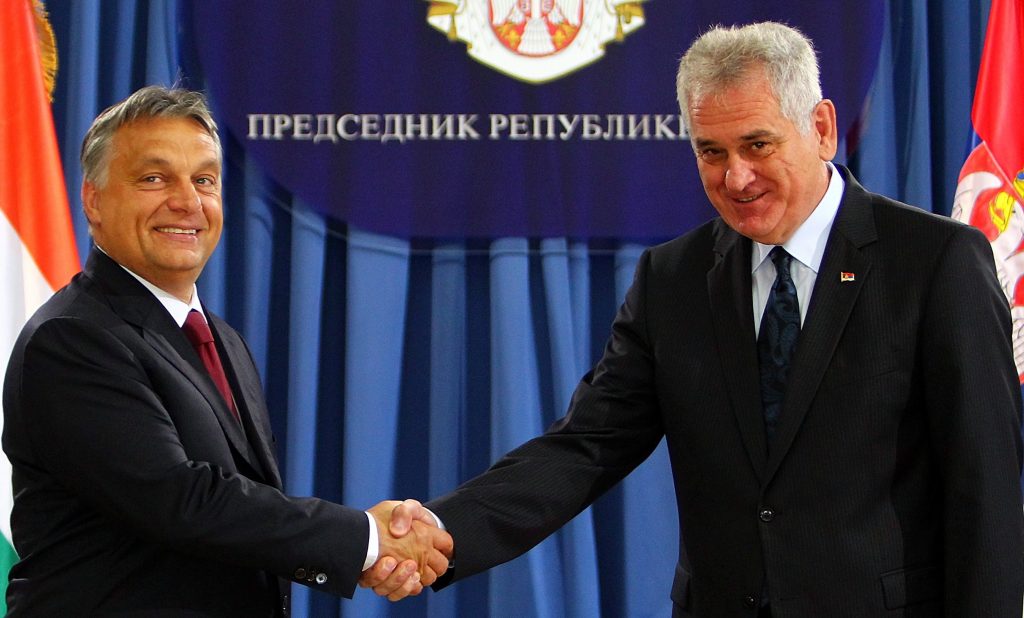 Prime Minister Viktor Orbán and Serbian President Tomislav Nikolić opened the new Hungarian Institute in Belgrade on Tuesday. The Prime Minister confirmed the intent of the Hungarian government is to support Serbia’s EU membership, saying that it is not a question of current political affairs, but a matter of principle. The Serbian President also hailed the occasion as yet another proof of the fact that bilateral cooperation is being further developed between these two nations.

In a speech at the opening ceremony the Prime Minister emphasized that Belgrade is the gateway of Europe to the Balkans, and thus the EU cannot be without Belgrade and Serbia for long, stating that would be like “putting the door in which I intend to walk trough outside of the fence”. The Prime Ministers also added, “as the Danube collects water in its drainage basin, so shall Europe collect and connect the diverse cultures of the continent”.

In his speech Tomislav Nikolić Serbian President noted with satisfaction that dialogue between Hungary and Serbia has intensified and turned better in the past two years. He also stated that last year’s Csúrog commemorations also played a great role in this, when he and his Hungarian colleague President János Áder bowed before the memories of the executed Hungarians and Serbians during and after the tumultuous times of the Second World War.