Rákóczi Szövetség Reunites Hungarian Students from All Over the World

High school students from all over the world came to Hungary to attend the summer camp of Rákóczi Szövetség (Rákóczi Association). The event was held in Sátoraljaújhely last weekend in the historical region where Francis II Rákóczi was born.

Rákóczi Szövetség traditionally organizes its summer camp for high school students; this year 80 young people participated in the event, including students from North and South-America, Australia, neighboring countries, and even Macedonia.

To gain acceptance into the camp, students should participate in their local Hungarian communities, such as Hungarian weekend schools, cultural and religious associations, or scout teams.

The goal of the initiative is to strengthen ties between students with Hungarian backgrounds and to provide a meeting point for the students, no matter where they’re from around the world. During the week, students were able to visit historical sites of Nagyszelemec, Sárospatak, and the former border of Greater Hungary.

For 19 years, the alliance has provided an opportunity for thousands of students to become familiar with Hungarian culture, while also deepening knowledge about Hungarian history and improving Hungarian language skills. 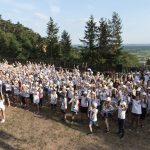 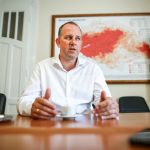