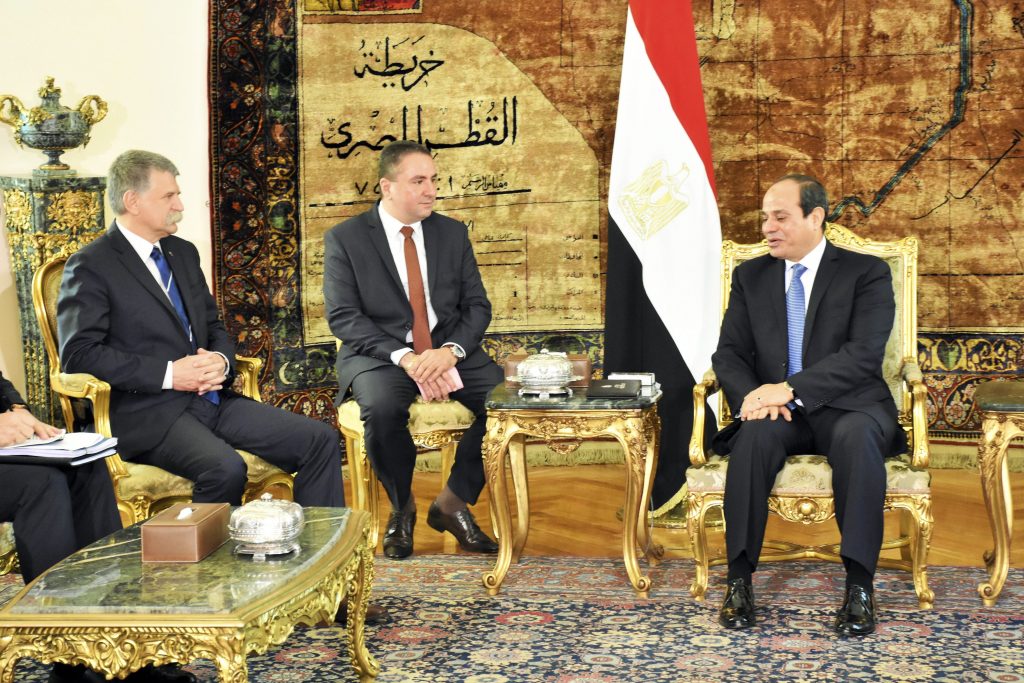 The Speaker argued that Egypt plays an indisputable role in stabilizing the region, handling the wave of migrants from Africa and reducing the pressure on Europe. He added that the Hungarian government is “convinced that sustainable solutions based on cooperation are required, serving the interests of the European Union and third countries, to handle the migration crisis.”

Kövér also claimed that regular dialogue between leaders from the two countries shows that Egypt is an important political and economic partner for Hungary in the Arab world. 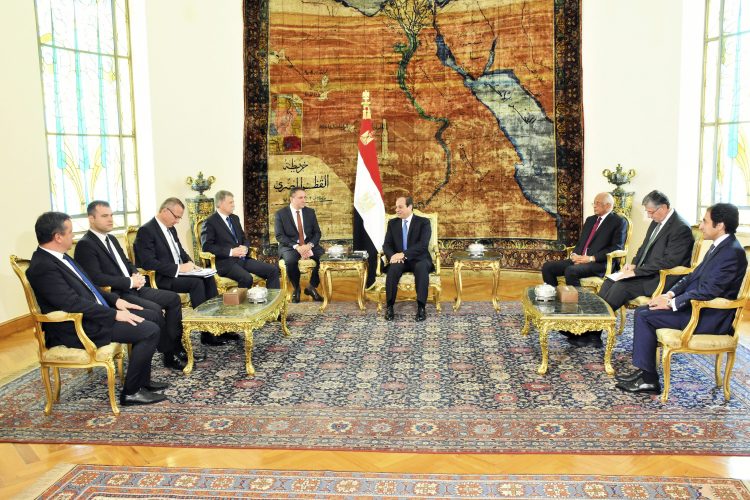 At the meeting, the Speaker said that Europe is in the midst of an identity crisis, with debates about common values and goals; he then went on to claim that this ‘identity crisis’ explained other EU member states’ less positive approaches to Egypt, which has received considerable international criticism for its human rights abuses. According to Human Rights Watch, these include

Egyptian security services’ widespread and systematic use of torture.

Kövér added that Hungary is determined to support all efforts that aim to stabilize Egypt’s economy, political system and social conditions, with special regard to the security of the region, which is crucially important to Europe.

Kövér and Abdel Aal were in agreement that international efforts are needed to resolve regional conflicts, achieve economic and social stabilisation and protect human rights.

Kövér noted the dynamically developing relations between the parliaments of Hungary and Egypt in recent years, supported by the activities of the Hungarian-Egyptian friendship chapter within the Hungarian parliament. The right-wing politician added that Hungary is ready to expand cooperation between parliamentary committees, especially in foreign affairs and the economy.

Abdel Aal said Egypt relies on Hungary also in its capacity as a member of the Visegrád Group. Egypt would like the V4 to support Egyptian interests in the EU and help its efforts in the fight against terrorism and the protection of human rights. The stability of neighbouring Libya and the protection of the common border are priorities for Egypt, he said. 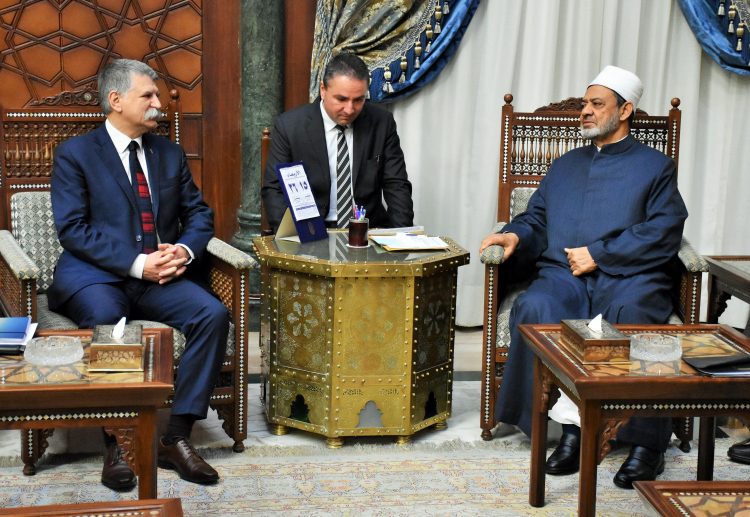 On the first day of his visit, Kövér also met Ahmed el-Tayeb, the current Grand Imam of al-Azhar, one of Egypt’s most influential religion leaders. They were in agreement that religion, regardless of whether it is Christian, Islamic or Jewish, is an important moral basis for the coexistence of nations and cultures.

This statement comes just a few months after a US State Department report criticized the “antimigrant, anti-Islamic rhetoric” of the Hungarian government; in particular, the report quoted a speech by Prime Minister Viktor Orbán in which the Premier claimed that “the civilization that stems from Christianity and the civilization that stems from Islam are not compatible.” In addition, it also noted that Fidesz Member of the European Parliament György Schöpflin said in a Twitter argument that a “pig’s head would deter more effectively” Muslims seeking asylum at the Hungarian border.

The Speaker’s visit is just the latest diplomatic meeting between the two countries. In July, Egyptian President Abdel Fattah el-Sisi visited Budapest as part of the first ever summit between Egypt and the Visegrád 4 countries (Hungary, Poland, the Czech Republic, and Slovakia). At this meeting, the leader of Egypt expressed his desire for further cooperation with the V4 countries, which he described as “special within the European Union.”

Sisi is a considerably controversial figure, as is the Egyptian government that he leads. Originally a military man, Sisi rose to power as a leader of the 2013 coup that removed the democratically elected Muslim Brotherhood government of Egypt from power. Since officially assuming the presidency in 2014, Sisi has severely curtailed freedom of the press in his country, has won elections that outsider observers have described as “rigged”, and has been widely condemned for a “long list of human rights violations.”