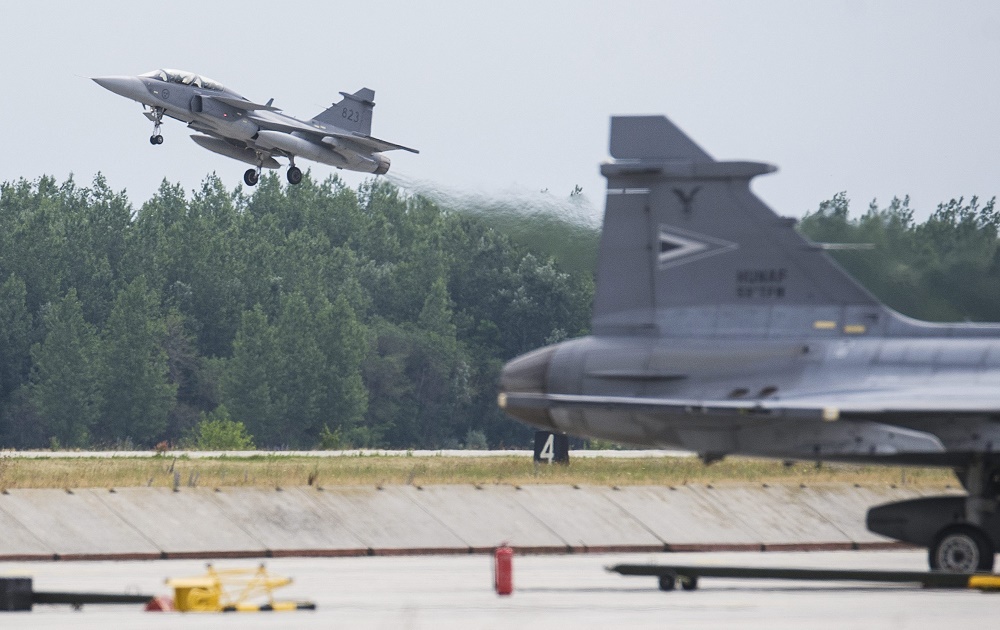 Gripen fighters of the Hungarian Armed Forces intercepted a Russian AN-26 military plane in Baltic airspace, the defence ministry said on Monday.

The Gripens received an alert from a NATO air command centre in Germany that an unidentified aircraft had entered the protected airspace, the ministry said.

They identified the aircraft and escorted it out of the airspace.

The ministry noted that from May 1, the Hungarian Armed Forces is leading the airspace patrol mission of the three Baltic states of Estonia, Latvia and Lithuania in partnership with Spain and Britain under NATO command.

Hungary will carry out the mission with four JAS-39 Gripen aircraft and some 100 soldiers for four months, the ministry said.