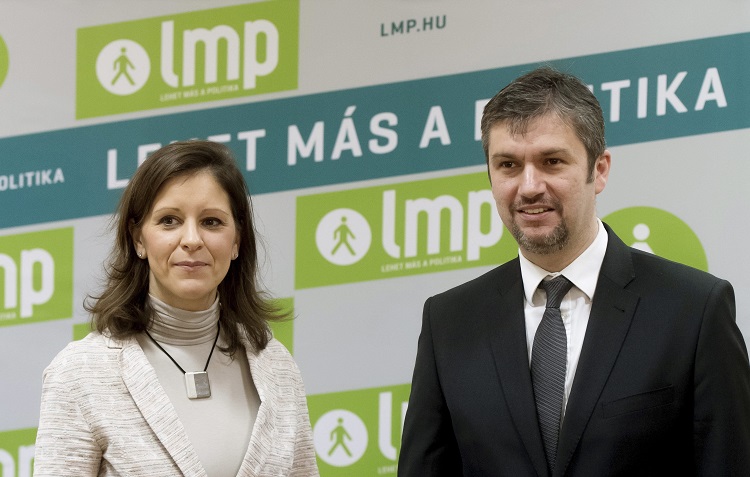 Bernadett Szél was the only candidate for the position of chairwoman while Hadházy was challenged by Antal Csárdi, a member of the Budapest municipal council. MP Benedek R. Sallai was elected the party’s secretary. On Sunday, Szél confirmed that her party would contest the 2018 parliamentary election on its own, as it does not see any viable allies among any of the other parliamentary parties.

Rather than trying to attract voters from the bases of the other opposition parties, LMP will seek to convince the government’s sympathisers that Hungary is in need of change, Hadházy told a press conference he held jointly with Szél. LMP wants to focus on the relevant issues in its campaign and not spend time talking with other parties about “who should join forces with whom”, the co-leaders said. LMP’s aim is to unseat the Fidesz government in 2018 and bring about a change of direction from the politics of the past 25 years, they said.

Answering a question, Szél said the party had yet to decide as to whom it would support or nominate for president in the spring.