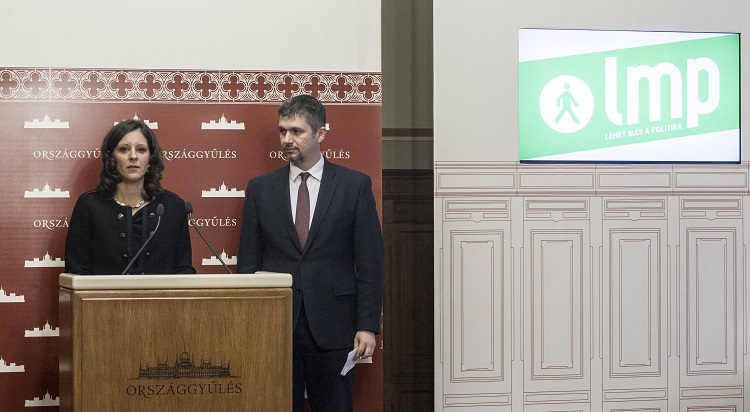 Hungarian green opposition party LMP described a referendum as the only way for Hungarians to have a say on the planned Paks II nuclear upgrade, which the Party’s co-leader Bernadett Szél described as a “corrupt project” at a press conference yesterday.

The announcement comes on the heels of Monday’s announcement that the European Commission had granted its approval to the project, which is being partially funded by Russian investment. That same day, Hungarian Prime Minister Viktor Orbán and Russian President Vladimir Putin had a telephone call discussing the deal.

LMP announced its intentions to push for a referendum on the nuclear-plant upgrade late last month, arguing that the new Momentum Movement’s signature drive for a referendum it had initiated on Budapest’s bid to host the 2024 Summer Olympics had proved that the Hungarian people would not allow the government “to make certain decisions over their heads”. At the time, Szél added that the Paks upgrade needed to be put to a referendum because it was “an even riskier endeavor than staging an Olympics”.

And yesterday, she told assembled journalists that EU leadership had “fallen to its knees” on the issues of Paks before an international coalition “formed in the shadow of the nuclear lobby” by President Putin and Prime Minister Orbán, a coalition whose goal is to “ruin Hungary.”

LMP has asked members of the public to start collecting signatures in order to ensure that their campaign can get under way as soon as the National Election Office (NVB) accepts any of the greens’ proposed referendum questions on the Paks II upgrade plan. The party has submitted ten questions to the NVB, with Szél adding that LMP is open to further suggestions from the public.

Budapest-based think-tank Center for Fundamental Rights told news agency MTI that the NVB would probably reject LMP’s referendum initiative because the Paks upgrade project is multiply bounded by international contracts. According to Hungarian laws, referendums cannot be held on such issues, it insisted.

But at yesterday’s press conference, LMP board member Péter Ungár such opinions, which he claimed were spread by “institutions close to Fidesz.” Ungár argued that, in last year’s referendum on EU migrant quotas, the NVB did not take issue with an issue that was clearly bound by international agreements; for this reason, he claimed that it would be applying a double standard to invalidate this referendum request due to international agreements.

Referencing his party’s referendum plans, Ungár said that Hungarian citizens must have the chance to decide whether electricity over the next 30-80 years should come from nuclear or much safer renewables sources.

Construction work on the upgrade of Hungary’s sole nuclear power plant is due to start next year.