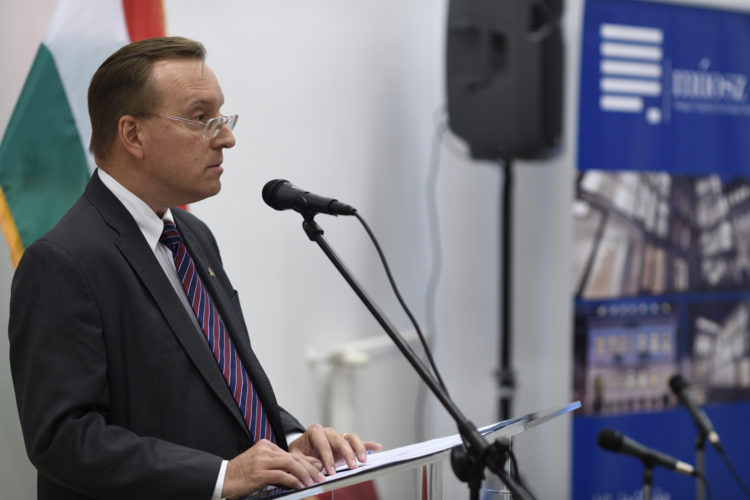 The Hungarian Foreign Ministry has summoned US Charge d’Affaires David Kostelancik for consultations following last week’s announcement of a US plan to provide financial support for “objective” media in Hungary.

This move comes after the publication of a State Department funding opportunity promising $700,000  “available to support…projects that increase citizens’ access to objective information about domestic and global issues in Hungary.” In particular, this grant is meant to support independent rural media outlets, which have increasingly come under the control of companies affiliated with the ruling Fidesz party over the course of the past several years.

The latest such move occurred earlier this fall, when Hungarian-American media mogul, and close ally of the Orbán government, Andy Vajna, purchased the tabloid Bors and regional newspaper Délmagyarország, and then fired both papers’ editorial leadership.

As we have previously reported, this State Department grant is reportedly tightly connected to US Chargé d’Affaires David Kostelancik, the interim head of the US Embassy in Budapest, and his comments late last month criticizing the state of press freedom in Hungary.

In his speech, entitled “Freedom of the Press: Enduring Values in a Dynamic Media Environment”, Kostelancik lamented what he described as “negative trends in the sphere of press freedom in Hungary.” In the days following his speech, he was summoned for consultations and criticized by Fidesz politicians.

an intergovernmental human rights and media freedom watchdog, has said media pluralism has declined in Hungary.

Reacting to news of the State Department’s funding announcement, Foreign Minister Péter Szijjártó claimed that the move was “shocking and unusual.”

The Fidesz politician claimed that it was not normal practice for

Szijjártó claimed that the US program was “interference in Domestic affairs during an election campaign,” and added that many questions had been put to the American state department regarding the ‘intervention’. One question, he said, concerned whether there were any other countries allied to the US that had received similar treatment.

The Foreign Minister claimed that the Hungarian government “rejects the policy of interfering in the internal affairs of other countries; we do not do that and we also expect our allies not to do it.”

Notably, up to this point Szijjártó has been extremely positive and deferential toward the US under President Donald Trump, in contrast with other Hungarian politicians, such as President of the Republic János Áder, who have criticized the American leader for his plans to withdraw the US from the Paris Climate Agreement.

In response to an inquiry by TV channel RTL, the US State Department rejected suggestions that this funding represented an attempt to interfere in Hungary’s elections, as the grant will only begin in May, after the elections are over. In addition, the State Department noted that the United States

supports freedom of the press in over 100 countries worldwide, and added that the United States has repeatedly expressed its concerns regarding the state of Hungarian media.

Via MTI, RTL, Index.hu, and Reuters