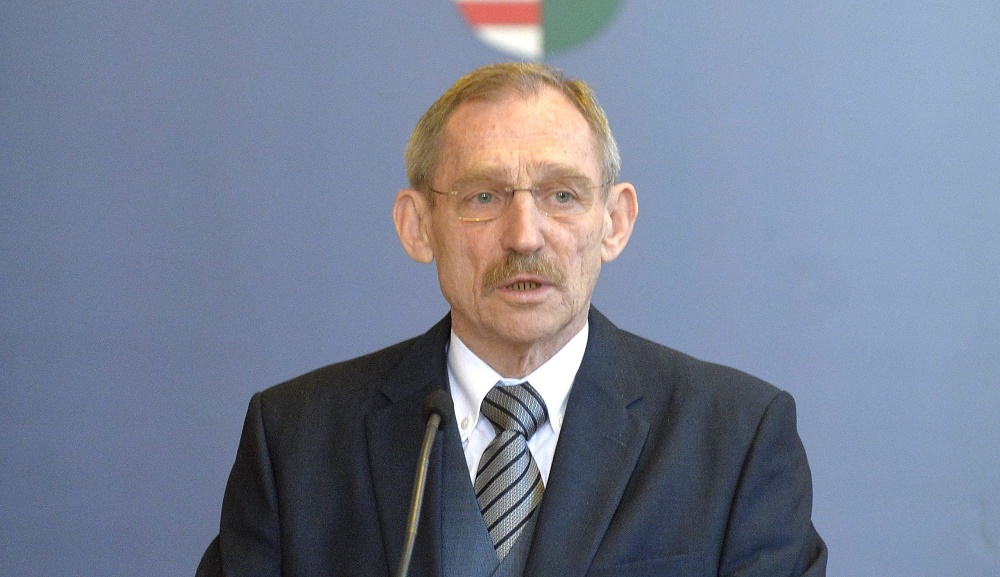 Hungary’s government decided to submit to parliament a proposal on a package of anti-terrorism measures, including amendments to the constitution and related cardinal laws.

The government is proposing the measures with a view to increasing Hungary’s security in the wake of this week’s terrorist attacks in Brussels, Interior Minister Sándor Pintér said. The cabinet aims to have the bill ready by April, which parliament would vote on in an expedited procedure. The bill will focus on increasing the staff and upgrading the equipment of the TEK counter-terrorism force. The measures will also be aimed at speeding up the flow of information in counter-terrorism operations.

Pintér said the government will propose a law that would require telecommunications service providers to cooperate with the police and the Special Service for National Security in decrypting communications devices seized by law enforcement. The justice ministry will be responsible for finalising the bill over the Easter holiday. The interior ministry will be in charge of holding talks with parliamentary parties, as several elements of the anti-terrorism bill will require the support of two-thirds of lawmakers.

The government decided to set up a counter-terrorism information centre as part of its package of anti-terrorism measures which also include constitutional amendments, the interior minister, said. The agency will be tasked with supporting Hungary’s security services and police by assessing and analysing incoming intelligence and drawing attention to potential terror plots.

Under the new anti-terror laws, phone calls could be limited in areas affected by an attack, with civilians being restricted to sending only text messages. Such a measure would be needed to prevent the overload of communications networks and avoid interference with emergency and rescue services. The government also wants to make it easier to track the flow of money among terror suspects by examining their bank accounts if deemed necessary. Pintér said that law enforcement already has the right to inspect bank accounts if such a warrant is issued, but the new law would allow the state to continuously monitor bank accounts.

Defence Minister István Simicskó said the attacks in Brussels had presented Hungary with a new security situation, the age of hybrid warfare. He said the constitution needed to be amended to allow the army to assist the police in maintaining public safety. The minister urged the opposition parties to reconsider their stance on the amendment proposals from the point of view of national security.

The Socialist Party (MSZP) said they were willing to discuss the government’s planned anti-terrorism measures with the other parliamentary parties on condition that all parliamentary groups receive a written copy of the proposals before talks begin. Zsolt Molnár, the head of parliament’s national security committee, said the Socialists were prepared to support any measure that increases the safety of the Hungarian people but would not approve any law that would “unnecessarily restrict” civil rights.

The radical nationalist Jobbik party said it would support the package “on condition that it really is aimed at prevention”. Jobbik spokesman Ádám Mirkóczki said that if in fact the government’s goal was to rule by way of decrees, his party would “not assist”. He added, however, that Jobbik supports that the constitution should be amended in light of the terrorist threat, and that some laws should be made more stringent.

The left-wing opposition Democratic Coalition (DK) said the government’s planned measures were “another step toward dismantling civil rights” in Hungary. DK spokesman Zsolt Gréczy said that his party “values greatly” the safety of the people, but Pintér’s announcement was itself a “terrorist attack” against Hungarians. He said that “even without seeing the proposal”, any law that would allow the government to inspect private bank accounts or correspondence was unacceptable.

The Liberal Party said that effective regulations were sufficient to prevent a possible terrorist attack. The Liberals also said that constitutional guarantees were needed to ensure that “the government cannot use the planned measures for purposes different from their original goal”.

The Dialogue for Hungary (PM) party said that the planned measures were in fact “a package of autocracy topped with a sauce of (government) propaganda”. PM spokesman Bence Tordai said the government was using the threat of terrorism as an excuse to complete total control over society “similarly to Putin’s Russia or Erdogan’s Turkey”.