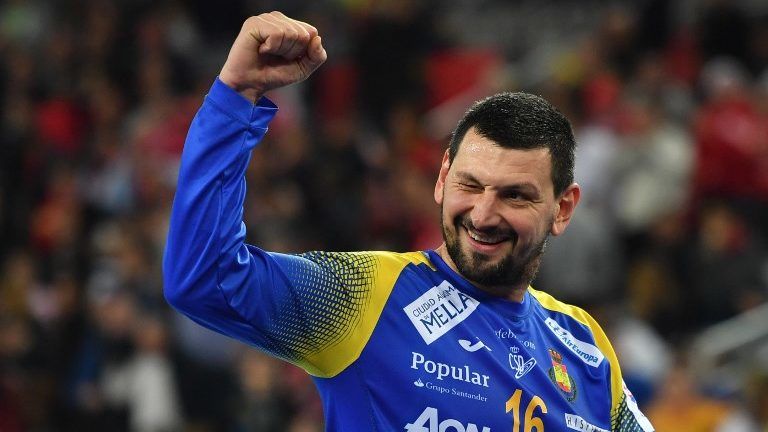 Although the Hungarian men’s handball team were knocked out of the European Championship early on, Hungarian goalkeeper, Árpád Sterbik helped Spain to claim their first gold medal after losing four EHF Euro Finals. The 38-year-old handball player jumped in, after Gonzalo Perez de Vargas suffered a knee injury before the semi-finals.

The veteran goalkeeper hadn’t participated in this year’s European Championship, and watched the matches at his home with his family as he previously resigned from the national team. After Spain’s primary  goalkeeper, Vargas, was injured, coach Jordi Ribera immediately asked Sterbik to join them in Zagreb. The Vojvodina-born player said that at first, he was not happy about the request, as he hadn’t played since December.

Speaking about Sterbik, his French counterpart, Corrales, said: “I know Arpad very well, and I am happy to play with two of the world’s best goalkeepers. We want to return home with a medal, therefore you need two strong goalkeepers. As Gonzalo will not be able to play, Árpád will jump in, no problem.”

In the second half of the match, Spain took the lead after Ribera sent Sterbik to the field and the team adapted a new, defensive approach. Sweden recorded nine turnovers in the second half alone, scoring only three times in the first 22 minutes. The goalkeeper achieved a 40% saving efficiency with a 29:23 win over Sweden, and was chosen player of the match.

Serbian-Hungarian Sterbik started his international career at Veszprém, before making it to Spain in 2004, where he took up Spanish citizenship in 2008, after he won two bronze medals at World Championships (1999, 2001) with Serbia and Montenegro. During his years in Spain, he won the Champions League trophy three times (2006, 2008, 2009).

He was awarded IHF World Handball Player of the Year in 2005. With the exception of the Olympics, he has won everything he could, with most of the victories coming after he turned 30.  In 2012, he transferred to FC Barcelona, then two years later to Vardar. At the end of the current season, Sterbik will return to where it all started, as he has signed another contract with Veszprém.