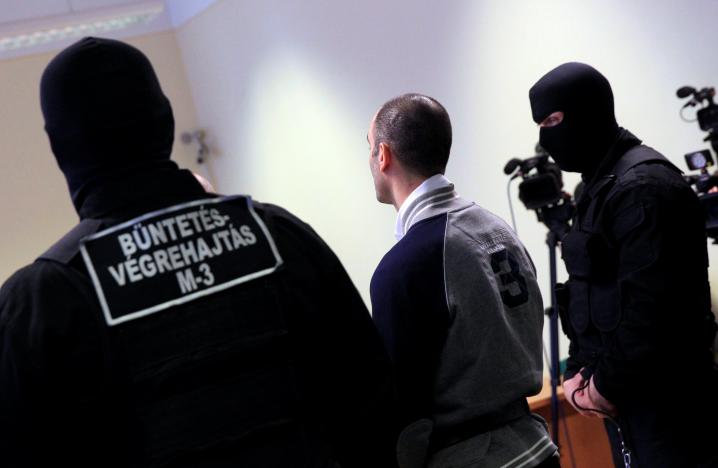 The United States Department of State’s comment on a Hungarian court ruling is “outrageous and unacceptable”, Tamás Menczer, the press chief of the Hungarian Foreign Ministry, said in connection with American criticism of the imprisonment of a Syrian man.

Last week a Hungarian court found illegal Syrian immigrant Ahmed Hamed guilty at first instance of the “crime of terrorism committed through an act of violence perpetrated against persons for the purpose of the prohibited crossing of the border fence as the participant of a mass riot and the coercion of a state agency.” Commenting on the ruling, the US Department of State has issued a press statement signed by Deputy Spokesman Mark Toner. In the press statement the US administration expresses concern on account of the sentencing of Ahmed Hamed, who was given 10 years in prison by the Hungarian court. The US State Department has urged the Hungarian government “to conduct a transparent investigation, with input from independent civil society groups, into the events at Röszke and to review the cases of Mr. Hamed and those similarly convicted. We will continue to follow the case of Mr. Hamed closely”, the statement reads.

In its response, the Hungarian Foreign Ministry called it “strange” that the US was encouraging a foreign government “to interfere in court procedures”. “It may be possible in the US, but not in Hungary,” he added. “It is not so-called civil organisations but the law courts that sentence perpetrators of a crime, whether the US State Department likes it or not,” he said. “Attacking the Hungarian border and commanding an attack of several hours on Hungarian police are serious crimes which call for serious punishment.” “Hungary would never hold US courts to account for sentencing terrorists who attacked American police,” the official added. The justice ministry said it expected “allied countries” to respect the independence of the judiciary, and this applied to the United States, too. It noted that the courts in Hungary are independent and the government had no say in their judgements. Hungary’s constitution provides for due process as a judicial requirement, it added.

The ruling Fidesz party also said it was “unacceptable” and “shocking” that the US Department of State commented on a Hungarian court ruling, especially taking into consideration that it is a non-final ruling. Deputy party leader and deputy group leader Gergely Gulyás told news agency MTI that Fidesz lawmakers reject attacks against the independence of the judiciary and believe that such an attack is especially “cynical” by those who “kept talking about threats to the independence of the judiciary in recent years without any reason”.